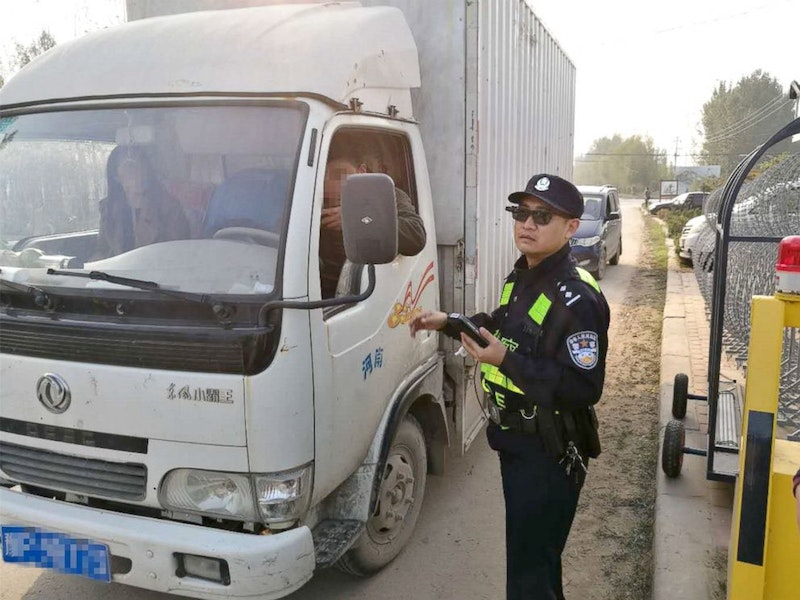 Chinese police are using facial recognition software combined with advanced optics and networking to recognise suspects even in crowded subways and shopping malls. The facial recognition glasses can be used to scan passengers on trains or aeroplanes and so far police have caught seven people connected to major criminal cases and 26 who were using false IDs while traveling, according to People's Daily. For more information on please see the IDTechEx report Augmented, Mixed and Virtual Reality
The glasses feed a constant stream of images back to a processor attached to the police uniform, applying a standardised set of measurements to each face and then comparing the measurements with a database. Beijing-based LLVision Technology Co. developed the devices and claim that the glasses can process 10,000 faces in 100 milliseconds. However, CEO Wu Fei told the Wall Street Journal that in the real world, accuracy would probably drop due to "environmental noise." Additionally, aside from being portable, another difference between these devices and typical facial recognition systems is that the database used for comparing images is contained in a hand-held device rather than the cloud.
According to the China News Service, the glasses have already been successfully trialled by four officers on Zhengzhou city's East Railway during the Chinese New Year celebrations.
Top image: LLVision Technology Co
Learn more at the next leading event on the topic: Healthcare Sensor Innovations USA 2020