Blood and sweat take training app to the next level 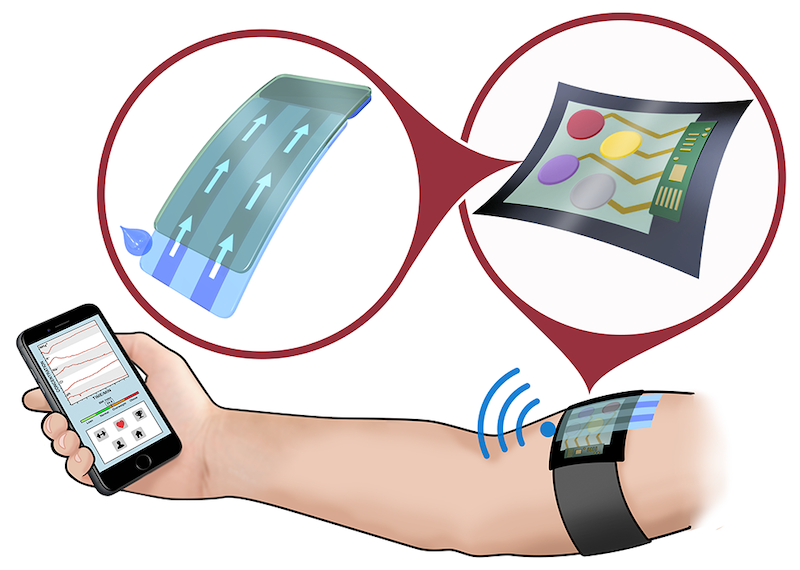 KTH researcher Gaston Crespo and his colleagues have developed a multifaceted measuring technology that is able to detect a number of conditions in the human body. From renal failure to dehydration. Future applications include both training apps and watches as tools to monitor health. For more information see the IDTechEx report on Wearable Sensors 2018-2028.
"One of the areas where the technology will be useful is in monitoring your body fluid balance - in the form of electrolyte balance - so you don't become dehydrated. By keeping check on the sweat the human body secretes, users can be warned about becoming dehydrated in good time before problems arise, so they can either stop exercising or drink to rehydrate their body. The technology is designed to enable users to adapt their exercise to their individual circumstances and preferences," says Crespo, an Associate Professor in the Division of Applied Physical Chemistry at KTH.
Microneedles and body fluids
The technology takes measurements of blood and sweat with portable electrochemical sensors which can be woven into clothing or worn separately in direct contact with the skin, using an armband for example. The sensors are fitted in a patch that is attached to the skin, or as microneedles, depending on the type of app.
"Both technology platforms can be used in medical contexts at home or during athletic activity. They could also be tools in hospitals and clinics."
Crespo says the sensors are able to detect a range of problems. Such as dehydration as already noted, plus electrolyte balance and kidney problems. "Kidney problems in particular are associated with the secretion of potassium ions for example and creatinine level in blood, which the technology can identify."
Measures lactic acid
When it comes to exercise and sport, it's not just fluid balance that can be measured. During intense physical exertion, lactic acid can build up in your bloodstream faster than you can burn it off and this is something the sensors can continuously monitor during the course of training. "The sensors can also measure how stressed a person is, and their attentiveness."
Could the technology and sensors be used with apps and watches such as Run Keeper and Fitbit? According to Crespo, this would be possible if the watch and app is able to import the type of data generated by the sensors and display this in a usable way. If so, training could be taken to the next level.
Source and top image: KTH Royal Institute of Technology