Your heartbeat as a unique ID 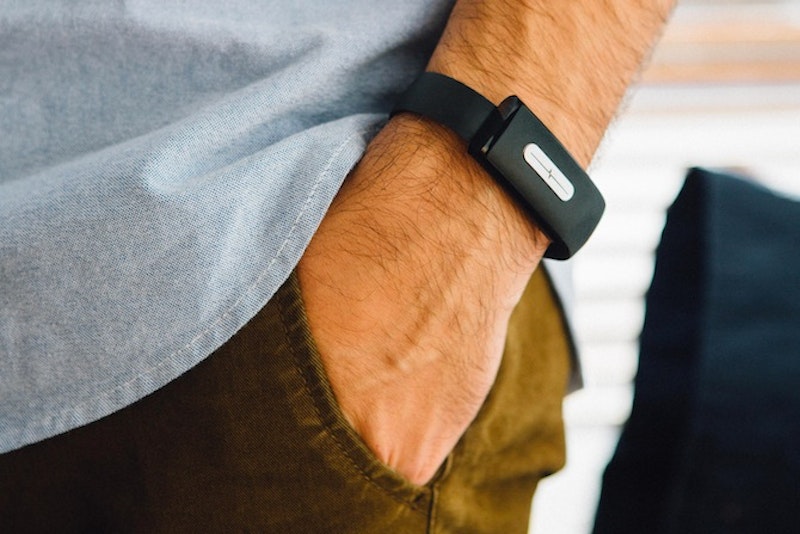 University of Toronto (U of T) Engineering spinoff, Nymi, co-founded in 2011 by alumni Foteini Agrafioti and Karl Martin, has generated serious buzz with its Nymi Band, the world's first wearable authentication system.
Worn around the wrist, Nymi Band is embedded with an electrocardiogram (ECG) sensor that uses your heartbeat as a unique ID to seamlessly unlock mobile devices, remember passwords and even make retail payments—an all-in-one solution to the security measures we are inundated with on a daily basis.
After receiving $14 million in Series A funding last year, and having pre-sold more than 10,000 units, Nymi is set to make a major impact on the wearable tech sector.
U of T Engineering's Jamie Hunter recently caught up with Martin, who shared his insights into Toronto's flourishing wearable tech community and the near-limitless potential in the field.
Jamie Hunter: "The Globe and Mail referenced Toronto as "a hotbed of pioneering wearable technology"—thanks, in part, to the success of Nymi. In your opinion, what do you think it is about the city that's producing a flurry of development in the wearable tech space?"
Karl Martin "In some ways, I would consider it a lucky alignment of factors—but luck always favours the prepared. The reality is that Toronto and the surrounding areas have a wealth of talent coming out of the University of Toronto and other universities in the region, much of it around electrical, computer and mechatronics engineering. Furthermore, there is a lack of mature companies innovating in hardware development. This has led many in these fields to take the entrepreneurial route. With some of the earlier players, like InteraXon, serving as role models, there is now a snowball effect of young talent willing to take a leap and try something truly innovative."
Jamie Hunter: "Where does your interest in wearable technology come from?"
Karl Martin: "Wearable technology is really hot right now, but in many ways it was something we were pulled into by necessity rather than a direct interest. We had a vision of how continuous authentication could change the way that people interact with technology, and it took two years to realize that wearable technology was the way to bring that to fruition. That being said, I personally find the potential of wearable tech to be nearly limitless. We've only seen the tip of the iceberg; the potential insights from continuous, on-body sensor data are massive."
Source and top image: University of Toronto
Learn more at the next leading event on the topic: Healthcare Sensor Innovations USA 2020