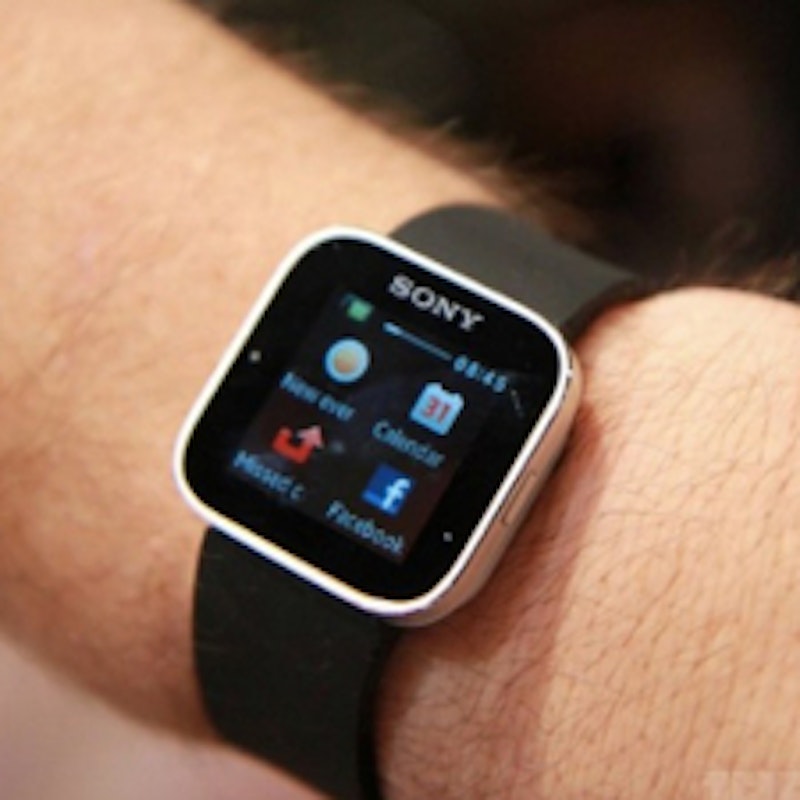 The handwritten signature is still the most widely accepted biometric used to verify a person's identity. Banks, corporations, and government bodies rely on the human eye and digital devices such as tablets or smart pens to capture, analyse, and verify people's autographs.
New software developed by researchers at Tel Aviv University and Ben-Gurion University of the Negev now enables smartwatches, currently worn by one in six people around the world, to verify handwritten signatures.
"A popular device worn by so many people should feature additional, critically useful functions," said study co-author Dr. Erez Shmueli of TAU's Department of Industrial Engineering, who added that 373 million of these devices will be in use by 2020. "Considering how dependent we are on signatures, we decided to develop software that would verify the smartwatch device wearer's handwritten signature."
The next step in signature verification
Signing on a digital pad or using a special electronic pen has replaced pen and paper in many instances, but these alternatives often require cumbersome dedicated devices. The new software developed by Dr. Shmueli and his student Alona Levy, in collaboration with Prof. Yuval Elovici of BGU's Department of Software and Information Systems Engineering and his student Ben Nassi, would turn any generic smartwatch into an expert signature verifier.
The novel technology utilizes motion data — a person's wrist movements measured by an accelerometer or a gyroscope — to uniquely identify them during the signing process and subsequently classify the signature as either genuine or forged.
"Using a wrist-worn device such as a smartwatch or a fitness tracker bears obvious advantages over other wearable devices, since it measures the gestures of the entire wrist rather than a single finger or an arm," said Dr. Shmueli. "While several other recent studies have examined the option of using motion data to identify users, this is its first application to verify handwritten signatures — still a requirement at the bank, the post office, your human resources department, etc."
Fighting forgery
The team tested its system on 66 TAU undergraduates. The students, all wearing smartwatches, were asked to provide 15 signature samples on a tablet, using the tablet's digital pen. The students were then shown video recordings of people signing during the first phase, and were asked to forge five of those signatures. The students were given ample time to practice and were compensated for "exceptional forgeries."
The smartwatch, equipped with the new verification software, was able to detect forgery with an extremely high level of accuracy.
"Next we plan to compare our approach with existing state-of-the-art methods for offline and online signature verification," said Dr. Shmueli. "We would also like to investigate the option of combining data extracted from the wearable device with data collected from a tablet device to achieve even higher verification accuracy."
The researchers have applied for a patent in an initial step toward commercializing their system.
Source and top image: Tel Aviv University
Learn more at the next leading event on the topic: Healthcare Sensor Innovations USA 2020