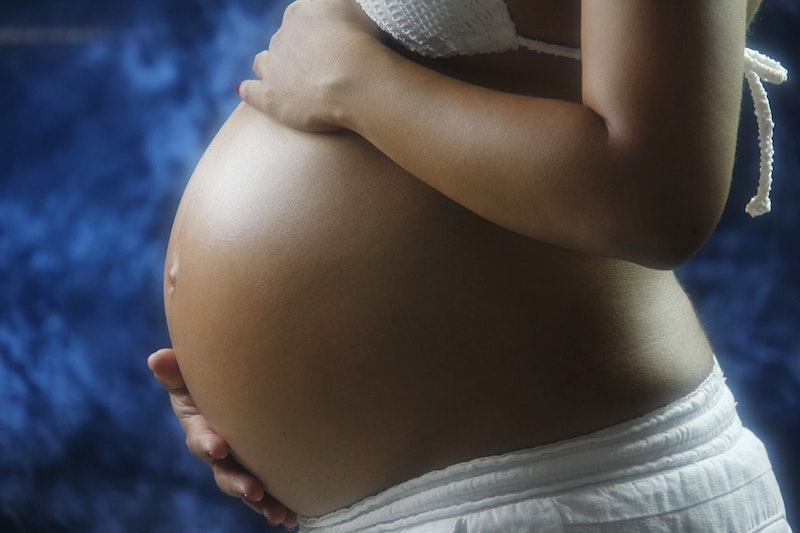 The thump, thump of a baby's heartbeat is a milestone in any pregnancy. Now, researchers at Stevens Institute of Technology have developed a technique that could allow expectant parents to hear their baby's heartbeat continuously at home with a non-invasive and safe device that is potentially more accurate than any fetal heartrate monitor currently available in the market. For more information see the IDtechEx report on Wearable Technology Forecasts 2019-2029.
The device, which uses the same commercial sensors used in smartphones to horizontally or vertically orient the device, can record vibrations sent through a mother's abdomen when her baby's heart beats or when the fetus squirms and kicks. Lauded by physicians, the device could potentially reduce an estimated 2.6 million stillbirths per year worldwide.
"Almost a third of stillbirths occur in the absence of complicating factors," said Negar Tavassolian, an associate professor who led the work at Stevens. "Our device could let a pregnant woman know if her fetus is compromised and she needs to go to the doctor."
Many stillbirths are preceded by variations in fetal movement and heartrate, so affordable, lightweight monitors that detect vibrations generated from a heartbeat could be worn continuously in the final weeks of pregnancy to ensure that distressed fetuses receive prompt medical attention. The work is reported in the July 24 early access issue of IEEE Sensors Journal.
Tavassolian and first author Chenxi Yang, a graduate student at Stevens, teamed up with Bruce Young and Clarel Antoine, two OB-GYNs at New York University-Langone Medical Center to test their sensors. In experiments on 10 pregnant women, they found the device could detect fetal heartrate with about the same accuracy as fetal cardiotocograms (f-CTG), which measures the baby's heart electrical activity (ECG) together with mother's uterine contractions -- and considered the current standard for fetal monitoring.
A vibration monitor offers important advantages over existing tools based on ECG or Doppler ultrasound technology, which require specialized knowledge to use, and can be bulky and expensive. One leading monitor system currently on the market weighs more than 11 pounds and has a battery life of four hours; by contrast, the Stevens team's sensors are barely a fifth-of-an-inch long, weigh next to nothing, and can run off a 3-volt battery for more than 24 hours.
Yang's previous work has shown that chest vibrations could be used to track an adult's heartbeat, but measuring the fetal heartbeat is an order of magnitude more difficult, with the faint vibrations of the fetus's tiny heart muffled by the movements of the maternal host. To solve that problem, the Stevens team combined signals from three different sensors, and used algorithms to isolate the fetal heartbeat.
The new monitor also poses no risk to the fetus -- a concern with ultrasound monitors, which can heat tissue if used continuously for long periods. The Stevens team's monitor simply detects existing vibrations, like a doctor listening with a stethoscope. "Our monitors are completely passive, so there's no health concern," Tavassolian said.
Vibration monitors can also offer an objective measure of fetal movement, which is currently assessed simply by asking moms to count the times their baby kicks. Combining heart-rate and movement data could provide vital insights into fetal health, surpassing anything that's currently available, Yang explained. "That's the big plan -- to fuse these different modalities into a single device," he said.
The current device uses commercially available sensors, but the long-term goal is to patent and market a custom-built device. Costing far less than equivalent ECG or ultrasound systems, such a device could capture a significant share of the global market for fetal monitors, which is expected to reach $3.6 billion by 2022.
Source: Stevens Institute of Technology
Top image: Pixabay
Learn more at the next leading event on the topic: Healthcare Sensor Innovations USA 2020