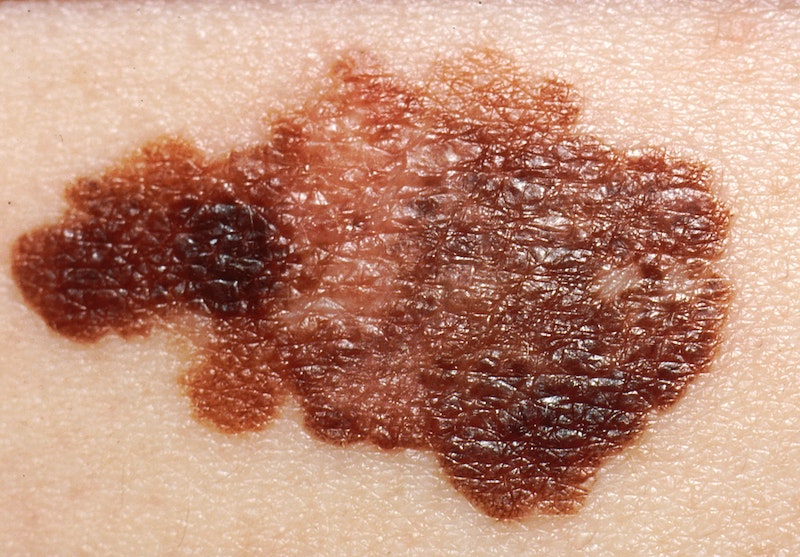 Melanoma is a deadly form of skin cancer that has been increasing in the U.S. for the past 30 years. Nearly 100,000 new cases of melanoma are diagnosed every year, and 20 Americans die every day from it, according to the American Academy of Dermatology. Now, researchers have developed a fast-acting skin patch that efficiently delivers medication to attack melanoma cells. The device, tested in mice and human skin samples, is an advance toward developing a vaccine to treat melanoma and has widespread applications for other vaccines. For more information see the IDTechEx report on Wearable Technology Forecasts 2019-2029.
"Our patch has a unique chemical coating and mode of action that allows it to be applied and removed from the skin in just a minute while still delivering a therapeutic dose of drugs," says Yanpu He, a graduate student who helped develop the device. "Our patches elicit a robust antibody response in living mice and show promise in eliciting a strong immune response in human skin."
Topical ointments can impart medications to the skin, but they can only penetrate a small distance through it. While syringes are an effective drug delivery mode, they can be painful. Syringes can also be inconvenient for patients, leading to noncompliance. 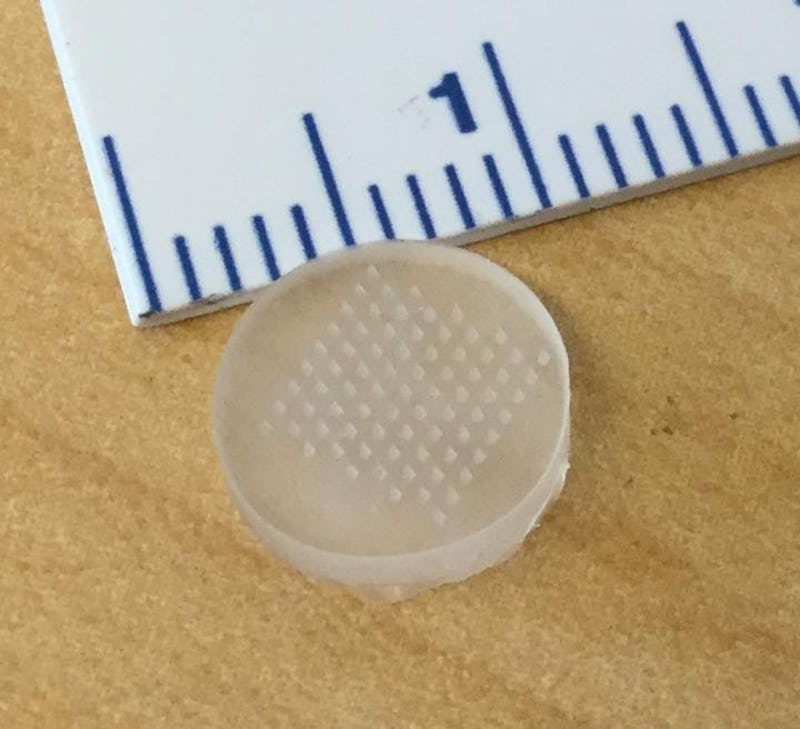 Microneedle patches, prepared with a layer-by-layer (LbL) coating method, are one easy, pain-free way to administer treatment. With the LbL process, researchers coat a surface with molecules of alternating positive and negative charge. For a robust drug film to form on the surface of the patch, every adjacent layer must be strongly attracted to each other and also to the microneedle. "But this attraction makes the entire film very 'sticky,'" He notes. "Past methods, which have retained this 'sticky' nature, can take up to 90 minutes for a sufficient amount of drug to leave the patch and enter the skin."
Paula T. Hammond, Ph.D., along with her graduate students He, Celestine Hong and other colleagues at the Massachusetts Institute of Technology (MIT), devised a way around this problem. They designed a new pH-responsive polymer with two parts. "The first part contains amine groups that are positively charged at the pH at which we make the microneedles, but that become neutral at the pH of skin," He says. "The second part contains carboxylic acid groups with no charge when the microneedles are made, but which become negatively charged when the patch is applied to the skin, so there is an overall change in charge from positive to negative." While sticky negative-positive-negative layers are still required for LbL film construction, the team's patch quickly switches to repelling negative-negative-negative layers when placed on skin. After the microneedles pierce the skin and implant the LbL drug film beneath the skin, the drug leaves the patch quickly.
Using chicken ovalbumin as a model antigen, the team vaccinated mice with their patches, and compared the results with intramuscular and subcutaneous injections. The microneedle treatment produced nine times the antibody level compared to intramuscular injections (e.g., used for flu shots) and 160 times the antibody level compared to subcutaneous injections (e.g., used for measles vaccines). They also saw efficient immune activation in surgical samples of human skin.
"Our patch technology could be used to deliver vaccines to combat different infectious diseases," Hammond says. "But we are excited by the possibility that the patch is another tool in the oncologists' arsenal against cancer, specifically melanoma."
To make a melanoma vaccine, the researchers developed an antigen that includes a marker frequently overexpressed by melanoma cells, as well as an adjuvant, which creates a generalized danger signal for the immune system and boosts its response. Then, they tested different LbL microneedle film arrangements of antigen and adjuvant in immune cells derived from mice. From these experiments, the researchers identified the optimal LbL microneedle structure that appears to activate immune cells directly accessible in the skin. In living mice, these cells could, in turn, migrate to the lymphatic system and recruit other immune cells to attack the melanoma tumor. The researchers now plan to test the patches on melanoma tumors in mice.
"We are using low-cost chemistry and a simple fabrication scheme to transform vaccination," Hammond says. "Ultimately, we want to get a device approved and on the market."
Source and image: American Chemical Society
Top image: Wikipedia
Learn more at the next leading event on the topic: Healthcare Sensor Innovations USA 2020