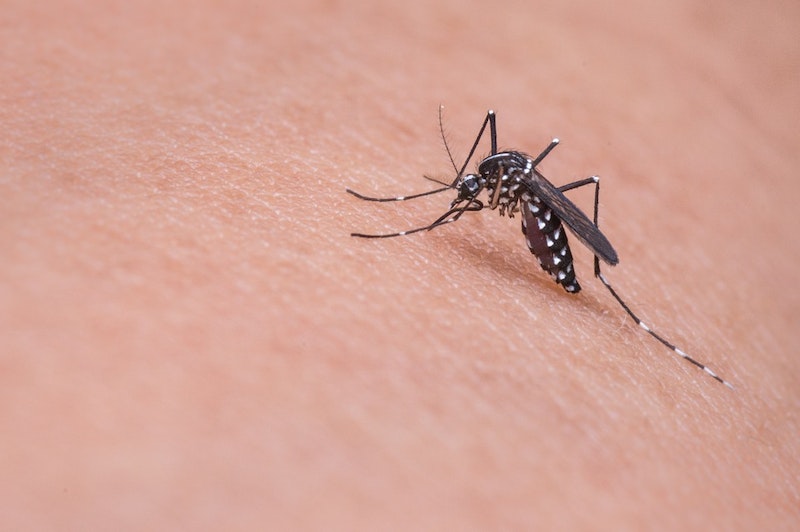 An innovative graphene-based film helps shield people from disease-carrying mosquitos, according to a new study funded by the National Institute of Environmental Health Sciences (NIEHS), part of the National Institutes of Health. The research, conducted by the Brown University Superfund Research Center, Providence, Rhode Island, is published in the Proceedings of the National Academy of Sciences. For more information see the IDTechEx report on Graphene, 2D Materials and Carbon Nanotubes: Markets, Technologies and Opportunities 2019-2029.
"These findings could lead to new protective methods against mosquitos, without the environmental or human health effects of other chemical-based repellants," said Heather Henry, Ph.D., a health scientist administrator with the NIEHS Superfund Research Program.
Researchers found dry graphene film seemed to interfere with mosquitos' ability to sense skin and sweat because they did not land and try to bite. When they looked closely at videos taken of the mosquitos in action, they noticed the insects landed much less frequently on graphene than on bare skin. The graphene film also provided a strong barrier that mosquitos could not bite through, although when wet it did not stop mosquitos from landing on skin.
"We set out imagining that graphene film would act as a mechanical barrier but after observing the mosquitos' behavior, we began to suspect they were not interested in biting," said Robert Hurt, Ph.D., director of the Superfund Research Program at Brown University.
Until this study, insect-bite protection was an unexplored function of graphene-based materials. Results show that graphene, a tight, honeycomb lattice of carbon, could be an alternative to chemicals now used in mosquito repellants and protective clothing.
Mosquitos threaten public health by carrying infectious viruses such as Yellow Fever, West Nile, and Zika, leading to disability and death for millions of people every year.
Several years ago, Hurt began devising suits with graphene to protect workers against hazardous chemicals at environmental clean-up sites. He pointed out a wealth of literature demonstrates graphene's impermeable qualities. Graphene is invisible to the unaided eye, yet harder than diamonds, stronger than steel, and more conductive than copper. Since its discovery in 2004, graphene has been used for a variety of barrier and filtration purposes.
"This innovation using graphene to repel mosquitos could help reduce the burden of ill health associated with a number of infectious diseases and might reduce the need for pesticides to eradicate the mosquitos that carry them," said William Suk, Ph.D., director of the NIEHS Superfund Research Program. "New material such as this one should be assessed in the field to determine full public health implications."
Source: NIH/National Institute of Environmental Health Sciences
Top image: Pixabay
Learn more at the next leading event on the topic: Healthcare Sensor Innovations USA 2020