Wearable technology for seniors can call the ambulance 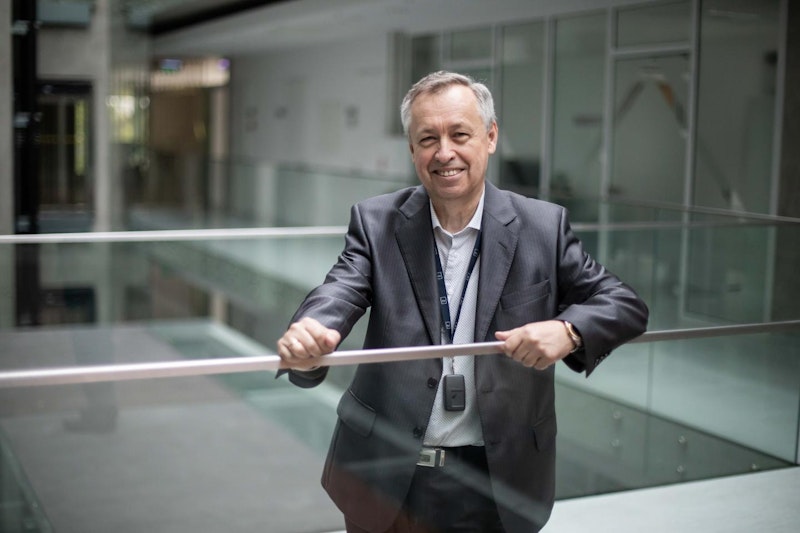 The team of researchers at Kaunas University of Technology (KTU), in collaboration with the Department of Geriatrics at the Lithuanian University of Health Sciences (LSMU), are developing a system that monitors the health conditions of the elderly. The system consists of several sensors and a controller - a portable device on a neck strap - that automatically calls for help in the time of need. For more information see the IDTechEx report on Wearable Technology Forecasts 2019-2029.
According to Eurostat, almost one in five persons in the European Union (EU) is aged 65 or over (19.4 per cent). This represents a population of nearly 100 million people. It is estimated that by 2070 the number will reach 29 per cent. Therefore, the need for technologies, which provide nonintrusive monitoring of the health of the increasing amount of population, are constantly growing.
"With this system, the elderly can feel at peace and safe at home. They don't need constant supervision. The developed technology is well suited for clinical treatment and can also be implemented in various geriatric institutions," says Egidijus Kazanavicius, a professor at the KTU Faculty of Informatics, one of the authors of the technology.
The system is consisting of stationary sensors mounted indoors and a small wearable 3-5 cm high device. It is constantly monitoring the health conditions and body position of a person. When it senses that the person has possibly collapsed, the system sends a signal to those listed as emergency contacts.
"We aimed to create a system that would record the patient's position, body posture, and movement indoors. If something goes wrong, the person falls, or any other problem occurs, the controller will record the patient's collapse and the alarm will automatically be transmitted," explains Prof Kazanavicius, the Director at KTU Centre of Real-Time Computer Systems.
The controller with the integrated Bluetooth Low Energy (BLE) module identifies the location of a person as accurately as one metre. The system was primarily designed for the installation in medical facilities, but now it can be implemented at home.
"Having access to the Internet is required but not a necessity. Emergency calls and notifications can also be sent via GSM," says Prof Kazanavicius.
Prof Kazanavicius says that the system can have various applications: a small server or a computer with the software is installed at a chosen place. The server is small, about the size of two matchboxes, and is in contact with the controller (mobile phone can also function as a server). According to Prof Kazanavicius, there are similar systems in the global market, but they are much more expensive. Moreover, the technology developed at KTU is also very durable - it has been designed to last up to 3 weeks with a full 24-hour charge. The flashing light and an additional message indicate when the battery is down.
The main challenge encountered during the process of creating the system was to register the fall of a person accurately. However, if the system is triggered and the controller sends a false signal, the assistance could be cancelled with one touch of the button.
"Let's say, if a person gestures with a hand on which he or she is wearing the bracelet-controller, in most cases, the gesture will be recorded as a collapse. Or, for example, when a person climbs the stairs, algorithms determine each step as a fall. We worked hard to avoid such misunderstandings," says Prof Kazanavicius.
The next aim of KTU researchers is to store all the information in a data server and calculate human activity, heart rate, and calorie intake. This kind of server would measure everything in real-time, assessing the potential risks for a person and offering the best solutions.
Source: Kaunas University of Technology
Learn more at the next leading event on the topic: Healthcare Sensor Innovations USA 2020