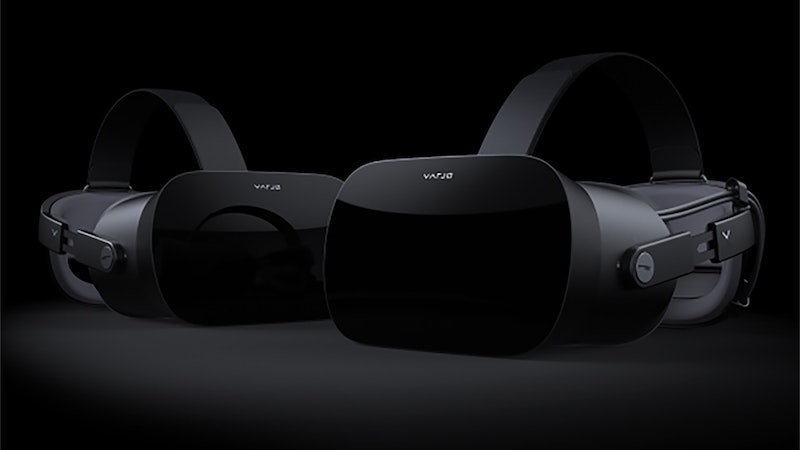 Varjo (Shadow in Finnish) Technologies, the leader in industrial-grade VR/XR headsets, announced it has doubled its product line offerings with two new state-of-the-art VR headsets - the VR-2 and the VR-2 Pro. These two new products (in addition to the VR-1 and XR-1) are part of Varjo's 'Resolution Revolution', a product line committed to delivering human eye-resolution (over 60 PPD) and fidelity to the most demanding sectors of the professional market. With the introduction of the VR-2 and VR-2 Pro devices, Varjo is setting a new standard in visual clarity and lowering the barrier for enterprise usability of VR. For more information on this topic see the IDTechEx report on Wearable Technology Forecasts 2019-2029.
Both the VR-2 and the higher-end VR-2 Pro include support for SteamVR® content as well as support for the OpenVR development platform from Valve® at ultra-high resolutions (up to 40 PPD/4K rendering per eye) so professional users can quickly and easily access a full range of applications for research, analytics, training and simulation, industrial design, and more. Through Varjo's unmatched visual fidelity, these software tools are now 'turbo-charged' for the rigors of the professional market, delivering pixel-perfect clarity of 3D models and simulations. The VR-2 Pro also comes with integrated Ultraleap® hand tracking technology, which enables more intuitive interactions with the highest-fidelity VR content. This is especially impactful for simulation professionals who interact with physical controllers and switches as part of their VR training.
Building on Varjo's advanced 20/20 Eye TrackerTM technology, the new products offer even faster and more accurate calibration performance, giving professionals access to precise eye data for applications such as consumer research or safety-critical training. Additionally, the next-generation Bionic DisplayTM in both the VR-2 and the VR- 2 Pro feature even better peripheral vision and color consistency than before, delivering the most natural visual experience needed when designing cars, architectural projects, advanced simulations or research scenarios.
"We have seen first-hand what the power of human-eye resolution in VR can offer in terms of expanding the realm of applications for the enterprise," said Urho Konttori, Co-Founder and Chief Product Officer of Varjo. "Today we bring the Resolution Revolution overnight to nearly all industrial applications, unlocking the next level of professional VR. With VR-2 and VR-2 Pro, professionals can benefit from the industry's highest visual fidelity and the most precise eye tracking joining forces with the leading hand tracking technology."
"One of the main goals of SteamVR is to support a diverse ecosystem of hardware and software. Varjo is taking a unique approach to building high-end industrial VR products, and we are excited that users of Varjo will be able to take advantage of the wide array of SteamVR content for professionals," said Joe Ludwig from Valve.
Steve Cliffe, CEO of Ultraleap, said: "Being able to see in high fidelity and interact without controllers revolutionizes professional VR. Varjo's human-eye resolution visual fidelity is unprecedented. So is the accuracy and low latency of Ultraleap's hand tracking. The Varjo VR-2 Pro is the best integration of the two technologies and sets a new standard for natural user experience in VR. We're very excited about the value it will unlock for demanding use-cases such as training, simulation and industrial design."
The VR-2 and the VR-2 Pro are available for sale starting today at $4,995 and $5,995 respectively, sold together with Varjo's software and support services starting at $795.
About Varjo
Varjo Technologies Oy is based in Helsinki and is creating the world's best hardware and software for groundbreaking VR/AR/XR computing devices, merging the real and digital worlds seamlessly together in human- eye resolution. www.varjo.com

About Ultraleap:
Ultraleap was formed in 2019 after two leaders in their fields, Leap Motion and Ultrahaptics, joined forces. The combined resources of the two businesses and a wide range of research-based IP are now focused on facilitating engaging, natural spatial interaction between people and machines. This fast-growth company employs nearly 150 people across UK, US and Asia. It is the first to offer the full vertical stack of software and hardware to enable immersive virtual touch controls for the automotive, advertising, immersive entertainment and enterprise sectors. www.ultraleap.com