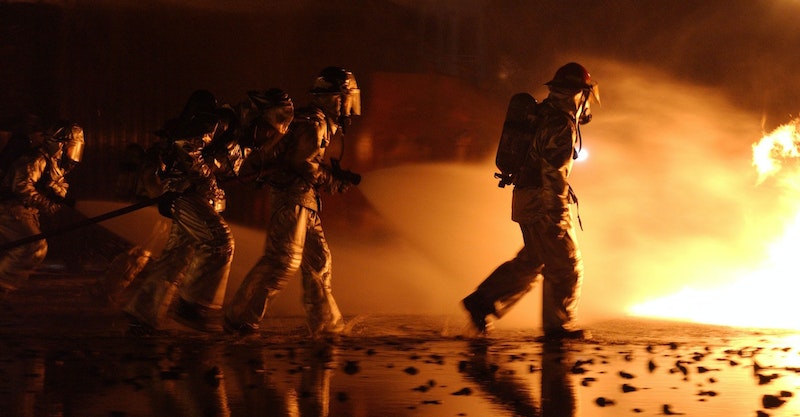 Every day, millions of workers head to their jobs and breathe any number of airborne chemicals, particles or vapors, all of which may or may not be affecting their health. Measuring these pollution exposures - and making that data meaningful to workers and employers - is both difficult and expensive. Colorado State University engineers and social scientists are working to make such measurements simpler, more affordable and more comprehensive, so that workers everywhere can know what they are breathing. For more information see the IDTechEx report on Wearable Technology Forecasts 2019-2029.
A team led by Ellison Carter and John Volckens in the Walter Scott, Jr. College of Engineering has received a four-year, $2.2 million grant from the National Institute for Occupational Safety and Health, part of the Centers for Disease Control, to develop radical new technologies and methods for assessing worker exposure to occupational air pollutants. Carter and Volckens are joined by an experienced team of engineers and social scientists who will help refine the successful adoption and deployment of the technology.
The team is developing a lightweight, inexpensive, wearable air pollution monitor for aerosol and vapor hazards that, like a commercial smartphone, is ready to use out of the box and requires minimal user training. Once they've created the devices, which should be no more obtrusive than name tags, the researchers plan to test them on several hundred workers in various industries - from emergency responders to product manufacturers and oil and gas drillers. The workers, who will participate voluntarily in the study, will help the scientists piece together one of most complete pictures of occupational air quality to date.
Though workers have a right to know by federal mandate what potential toxins they are exposed to, measuring the amounts of those toxins in any comprehensive way has been difficult or impossible for employers. Typically, an industrial hygienist can make about 10 measurements of personal airborne exposures each day. Collecting the data involves decades-old pump technology - similar to the aeration system in a home aquarium - and cumbersome tubing that drapes across the body. Such personal sampling trains are expensive and poorly integrated, making it virtually impossible to collect all-day data on more than 10 individual workers at a time.
The CSU researchers are pivoting off an existing technology commercialized through Volckens' spinout company, Access Sensor Technologies. Volckens, an air pollution specialist and professor in the Department of Mechanical Engineering, led the development of a personal air sampler called the Ultrasonic Personal Air Sampler, or UPAS, that collects data on particle exposures using a silent, low-power micropump.
The new device will be a smaller, lighter version of the UPAS, explained Carter, an assistant professor in the Department of Civil and Environmental Engineering who has studied the effects of air pollution policies in China. Carter's previous leadership in field sampling for measuring air pollution complements Volckens' years of technology development and commercialization of personal pollution monitors.
"The technology development part is very exciting and drew me to this project," Carter said. "The iterative design and test process is fun and has an energy to it that I'm excited to be a part of."
Moreover, engaging with social scientists will help the technology achieve broader impact and allow the engineers to develop something that can scale to a commercial level, Carter said.
The researchers hypothesize that their project will change worker- and organizational-level attitudes toward occupational hazard assessment and mitigation. The social science team will test that hypothesis by engaging with study volunteers through surveys, interviews and targeted messaging. As one of their study partners, the researchers will work with the Poudre Fire Authority to test their monitors on firefighters.
"First responders are one of the most vulnerable workforces to environmental hazards, they put their lives at risk, and they often pay the ultimate price," Volckens said. "Part of our challenge is to develop something so vanishingly small and quiet and unobtrusive that those first responders will have no problem wearing these devices. A primary goal of this project is to help workers gain the information they need to make decisions that protect themselves from the unseen hazards in the air around them."
Source and top image: Colorado State University