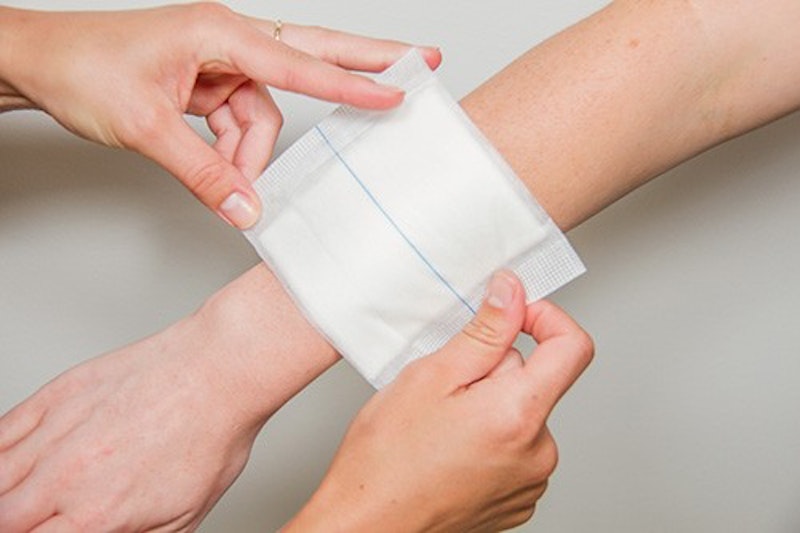 With newly developed technology, medical personnel can manufacture a bandage with drug-delivery capabilities directly onto a wound. For more information see the IDTechEx report on Advanced Wound Care Technologies 2020-2030.
Electrospinning is a well-developed method for developing polymer fibers for a wide variety of applications. If biocompatible materials are used, the fibers produced can be used for biomedical applications. But electrospinning requires very high voltages, making direct deposition of the fibers onto biological material dangerous due to the shock hazard it creates.
A group of researchers at Montana Technological University has developed a portable electrospinning device with a confined electric field that can safely deposit bandages and drugs directly onto biological surfaces. The group describes the instrument -- which they call the electrostatic and air driven device - in the Journal of Vacuum Science & Technology B, from AIP Publishing.
Instead of using the voltage difference between the tool and a surface to deposit the fibers, the new device uses air to spray the fibers out onto the surface, like a can of spray paint.
"In spray painting, pressurized gas forces direct particles toward a surface, creating a sort of deposited material," said author Lane Huston, a mechanical engineering graduate student at Montana Tech. "Like spray painting, the EStAD device is used by directing its nozzle at the desired surface during operation, causing a fiber mat to be deposited onto that surface." 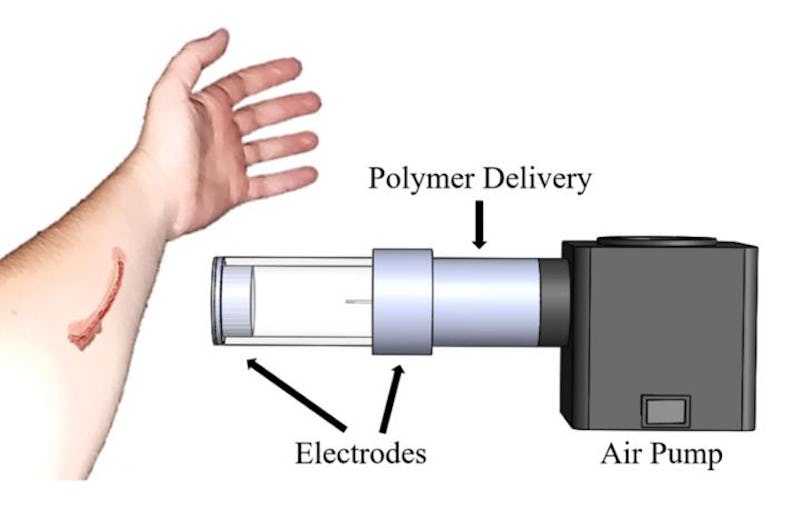 By applying this spray paint-like mechanism, this device can be used to cover wounds and provide controlled drug release over time. The deposited fibers adhere to materials containing internal moisture, such as human skin.
Though use of electrospun fibers for effective drug delivery has been established in the past, previous methods have required a wound to be placed directly into the electric field path. In that configuration, the only safe option is predepositing fibers onto a surface, such as parchment paper, to collect and store for later use. The device has been tested on a porcine skin incision as well as a gloved human hand and is the first demonstration of depositing the drug-delivering fibers directly onto a wound site safely.
The authors hope this new technology will be used to aid doctors, first responders and other medical personnel with wound treatment in rural areas, where immediate medical care may not be readily available.
"The bandage material, as well as the drug used, can be chosen on demand as the situation warrants, making modular and adaptable drug delivery accessible in remote locations," Huston said.
Though the direct deposition method is its most unique application, the researchers' new device can also be used as a traditional tabletop electrospinning device.
Source: American Institute of Physics
Top image: Accidental
Learn more at the next leading event on the topic: Healthcare Sensor Innovations USA 2020