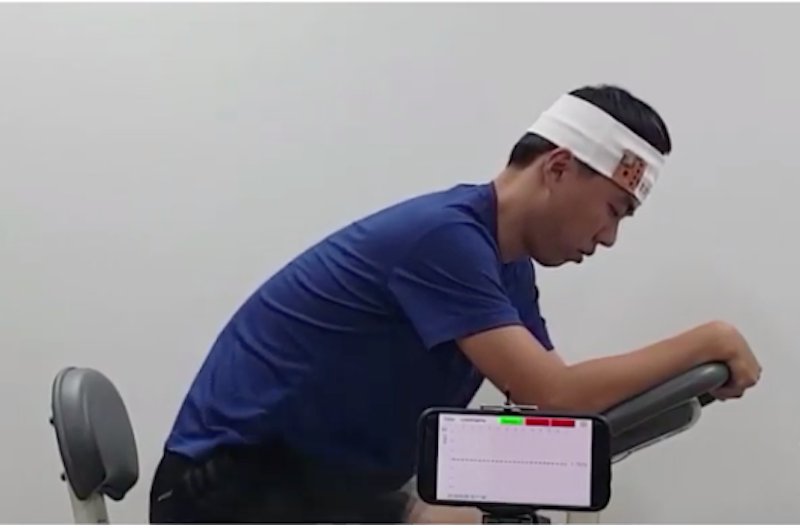 Wearable sensors that track heart rate or steps are popular fitness products. But in the future, working up a good sweat could provide useful information about a person's health. Now, researchers reporting in ACS Applied Materials & Interfaces have developed a headband that measures electrolyte levels in sweat. And unlike many previous sweat sensors, the device can heal itself when cut or scratched during exercise. For more information see the IDTechEx report on Wearable Sensors 2018-2028: Technologies, Markets & Players.
Human sweat contains biochemical markers, such as metabolites, electrolytes and heavy metals, that can indicate a person's health and even help diagnose some diseases. In recent years, scientists have developed sweat sensors in the form of patches, bandages and tattoos, but their performance can be impaired by natural movements such as walking, running, jumping or throwing. Also, if the sensors become scratched or broken, which can easily happen during exercise, they often cannot be repaired. Sung Yeon Hwang, Jeyoung Park, Bong Gill Choi and colleagues wanted to develop a wearable sweat sensor that could withstand vigorous exercise and quickly repair itself if damaged.
To make their self-healing sensor, the researchers coated carbon fiber thread electrodes with a citric acid-based polymer. When cut, the threads quickly rejoined through hydrogen bonding of the polymer. They sewed the threads, which could detect potassium and sodium ions, into a headband and added a wireless electronic circuit board that could transfer data to a smart phone. A human volunteer wore the headband while exercising on a stationary bike, and the sensor accurately tracked the electrolyte concentrations in their sweat over 50 minutes of exercise. During cycling, the researchers cut the sensor threads with scissors, and the threads healed and returned to normal operation in only 20 seconds.
Source and top image: American Chemical Society