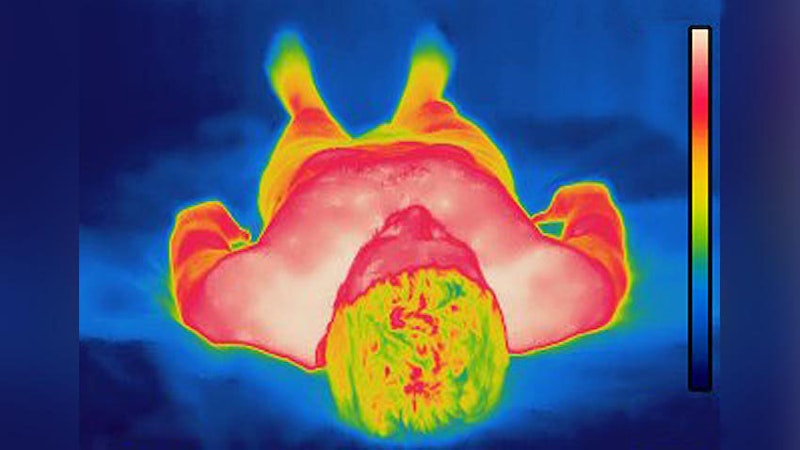 Proof-of-concept research points to wearable monitors' potential to offer low-cost, non-invasive way to detect this dangerous bone-marrow transplant complication.
By continuously monitoring the body temperature of mice that had undergone bone-marrow transplants, researchers were able to detect early warning signs of graft-versus-host disease — a dangerous, sometimes deadly response of the transplanted immune system — in a simple, non-invasive way. If similar temperature patterns can be detected in human patients, researchers at the University of Michigan are optimistic that wearable temperature monitors could offer a practical, low-cost method for quickly identifying patients who are developing the complication — and thus help to speed interventions and reduce mortality. For more information see the IDTechEx report on Wearable Technology Forecasts 2019-2029.
"Our study was a proof-of-concept for the hypothesis that temperature fluctuations could give us early indications of the cascading immune response that leads to GVHD," says study senior author Muneesh Tewari, M.D., Ph.D., a researcher at the U-M Rogel Cancer Center. "We saw changes in the temperature data within the first week after transplantation, which is earlier than what is currently possible for non-invasive detection of GVHD in mice or humans." The team's findings on using temperature monitoring to detect graft-versus-host disease appear in the journal Blood Advances.
Bone marrow transplants are a common treatment for cancers including leukemia, lymphoma and myeloma. GVHD occurs when the immune system from the transplant donor sees the recipient's cells as invaders and attacks them. Up to half of transplant recipients will develop acute GVHD, of which one third will be severe cases, one recent study found.
Biomarkers for graft-versus-host disease have been developed, but predicting GVHD's onset in individual patients remains imprecise, notes Tewari, a professor of internal medicine at the U-M Medical School, and of biomedical engineering, a joint department of the Medical School and College of Engineering. The research team used machine learning to detect subtle patterns in the temperature data before obvious trends would be apparent to human observers.
They analyzed hourly temperature readings and, since mice are nocturnal, day-night temperature differences. Both measurements were able to distinguish differences among the mice prone to GVHD within the first four to six days after transplantation. To extend the research to humans, further study is needed evaluate temperature patterns in human patients, and to better understand potential complicating factors such as variations in room temperature, the presence of infection or the use of medications that can alter body temperature.
Source and top image: University of Michigan
Learn more at the next leading event on the topic: Healthcare Sensor Innovations USA 2020