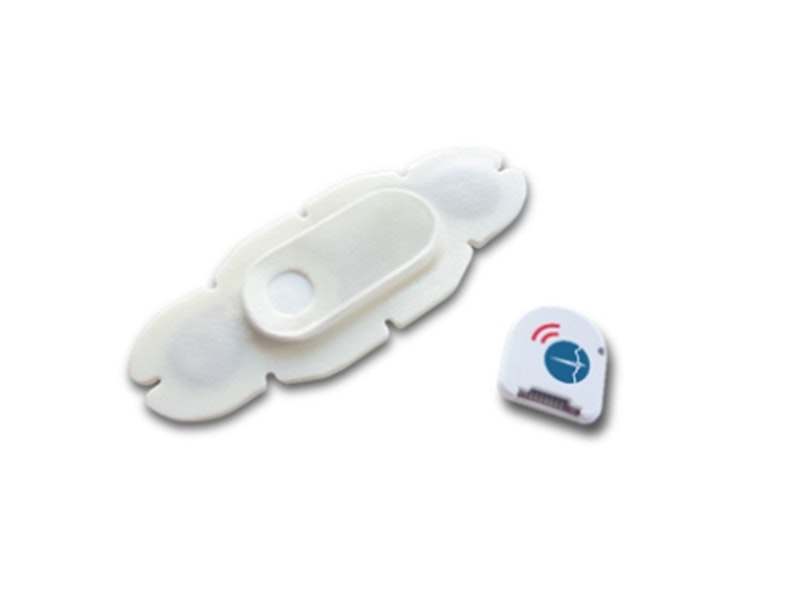 Wearing a removable, adhesive patch sensor accurately predicted worsening heart failure and the need for hospitalization several days before heart failure hospitalization occurred among veterans with heart failure, according to research published in the American Heart Association's journal Circulation: Heart Failure.
The participants in the LINK-HF multi-center study consisted of one hundred heart failure (HF) patients who were veterans, average age of 68 years, enrolled at four Veterans Affairs (VA) hospitals — in Salt Lake City; Palo Alto, Calif.; Houston, and Gainesville, Fla. — after an initial acute heart failure admission to the hospital. The participants wore an adhesive sensor patch on their chest 24 hours a day for a minimum of 30 days and up to three months after their initial hospital discharge for a heart failure event. Of the eligible participants, 90% continued to wear the sensor at 30 days, and at 90 days; data was collected from August 2015 through December 2016. For more information see the IDTechEx report on Cardiovascular Disease 2020-2030: Trends, Technologies & Outlook.
The sensor monitored heart rate, heart rhythm, respiratory rate and physical activities such as, walking, sleeping and body posture for each participant. The data was transmitted from the sensor via Bluetooth to a smartphone, and then uploaded from the smartphone to an analytics platform on a secure computer server. A machine learning algorithm, a type of artificial intelligence approach to data analysis, established a normal baseline for each patient and then examined the incoming data. When observed data deviated from the expected 'normal baseline' behavior, the algorithm generated an alert to indicate the patient's heart failure was getting worse. The technology accurately predicted hospitalization risk more than 80% of the time. This prediction of hospitalization took place an average of 6.5 days before the readmission.
"With the use of remote data from the sensor and through data analysis by machine learning, we have shown that we can predict the future. Next, we will look at whether we can change the future," said lead study author Josef Stehlik, M.D., M.P.H., the Christi T. Smith Professor of Medicine at the University of Utah School of Medicine, medical director of the Heart Transplant Program and co-chief of the Advance Heart Failure Program at the University of Utah Hospital and the Salt Lake City Veterans Affairs Medical Center.
Heart failure is a major public health issue - it impacts about 6.2 million U.S. adults and is the No. 1 hospital discharge diagnosis in the U.S. Heart failure-related health care costs were an estimated $30.7 billion in 2012 and are expected to reach $53 billion by 2030. About 80% of these costs are for hospitalization according to a study cited by the researchers and published in 2011. In the first 90 days after discharge from the hospital for heart failure, patients are at a high, up to 30%, risk of readmission. Given this significantly increased risk of HF worsening after hospitalization, the researchers focused on testing a non-invasive solution to improve HF management during this critical time period.
"In chronic heart failure, a person's condition can get worse with shortness of breath, fatigue and fluid buildup, to the point many end up in the emergency room and spend days in the hospital to recover," said Stehlik. "If we can identify patients before heart failure worsens and if doctors have the opportunity to change therapy based on this novel prediction, we could avoid or reduce hospitalizations, improve patients' lives and greatly reduce health care costs. With the evolution of technology and with artificial intelligence statistical methods, we have new tools to make this happen."
Study limitations included:
In a future study, the researchers will test changing patient treatment based on the alert generated by the algorithm. "We are hoping that with this information, we can intervene and decrease the hospitalization rate, improve quality of life, and, for patients who end up being admitted to the hospital, shorten the length of stay," concluded Stehlik.
Source and top image: American Heart Association