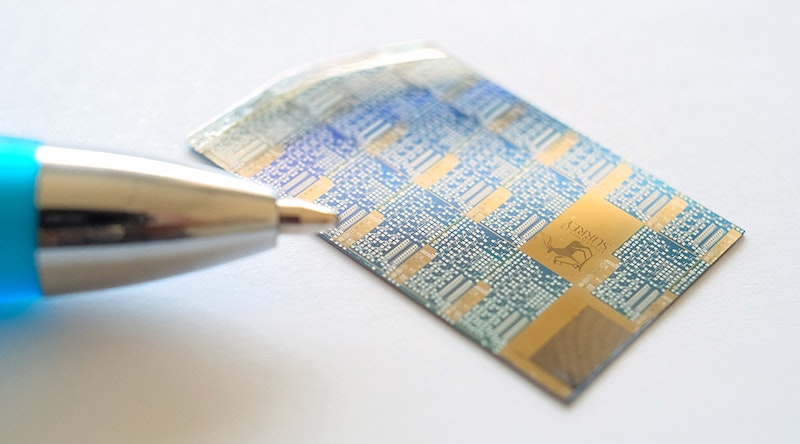 The University of Surrey has unveiled a device with unique functionality that could signal the dawn of a new design philosophy for electronics, including next-generation wearables and eco-disposable sensors.
In a study published in Advanced Intelligent Systems, researchers from the University of Surrey detail how their device, called the Multimodal Transistor (MMT), overcomes long-standing challenges and can perform the same operations as more complex circuits. For further information see the IDTechEx report on Printed and Flexible Sensors 2020-2030: Technologies, Players, Forecasts.
One of the breakthroughs is the MMT's immunity to parasitic effects that reduce a transistor's capacity to produce uniform, repeatable signals. These have hindered traditional "floating gate" designs ever since their invention in 1967, but this new structure promises efficient analogue computation for robotic control, AI and unsupervised machine learning.
Traditionally, gate electrodes are used to control a transistor's ability to pass current. With Surrey's device, on/off switching is controlled independently from the amount of current passing through the structure. This allows the MMT to operate at a higher speed than comparable devices and to have a linear dependence between input and output, essential for ultra-compact digital-to-analogue conversion. This also gives engineers unprecedented freedom of design, which could lead to greatly simplified circuits.
Dr Radu Sporea, Project Lead and Senior Lecturer in Semiconductor Devices at the University of Surrey, said: "Our Multimodal Transistor is a paradigm shift in transistor design. It could change how we create future electronic circuits. Despite its elegantly simple footprint, it truly punches above its weight and could be the key enabler for future wearables and gadgets beyond the current Internet of Things."
Eva Bestelink is the co-inventor of the MMT. Eva said: "It has been an incredible journey since approaching Dr Sporea during my BEng with the idea to create a device based on neural function. When we started in 2017, we could not imagine all the benefits that would result from a relatively simple device design. I am lucky to be part of a group that is open-minded and willing to explore new ideas."
Source: University of Surrey
Top image: Radu Sporea, University of Surrey