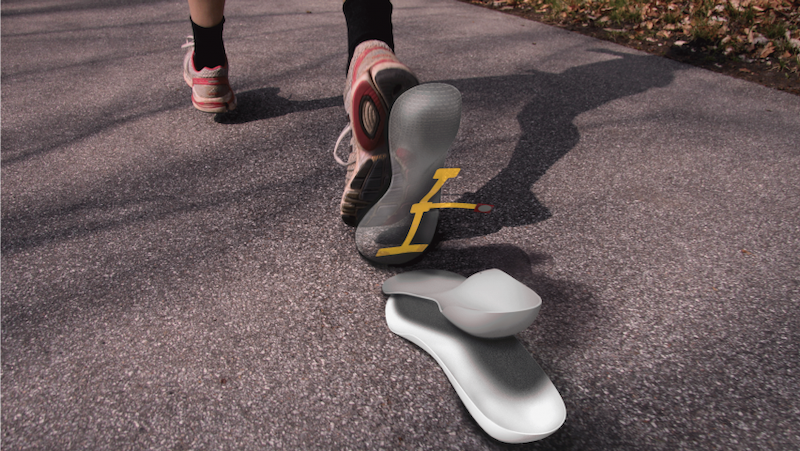 Researchers at Stevens Institute of Technology are leveraging some of the newest mechanical and robotic technologies to help some of our oldest populations stay healthy, active, and independent.
Yi Guo, professor of electrical and computer engineering and director of the Robotics and Automation Laboratory, and Damiano Zanotto, assistant professor of mechanical engineering, and director of the Wearable Robotic Systems Laboratory, are collaborating with Ashley Lytle, assistant professor in Stevens' College of Arts and Letters, and Ashwini K. Rao of Columbia University Medical Center, to combine an assistive mobile robot companion with wearable in-shoe sensors in a system designed to help elderly individuals maintain the balance and motion they need to thrive. For further information see the IDTechEx report on Mobile Robots, Autonomous Vehicles, and Drones in Logistics, Warehousing, and Delivery 2020-2040.
"Balance and motion can be significant issues for this population, and if elderly people fall and experience an injury, they are less likely to stay fit and exercise," Guo said. "As a consequence, their level of fitness and performance decreases. Our mobile robot companion can help decrease the chances of falling, and contribute to a healthy lifestyle by keeping their walking function at a good level."
The mobile robots are designed to lead walking sessions and, using the in-shoe sensors, monitor the user's gait, indicate issues, and adjust the exercise speed and pace. The initiative is part of a four-year National Science Foundation research project.
"For the first time, we're integrating our wearable sensing technology with an autonomous mobile robot," said Zanotto, who worked with elderly people at Columbia University Medical Center for three years before coming to Stevens in 2016. "It's exciting to be combining these different areas of expertise to leverage the strong points of wearable sensing technology, such as accurately capturing human movement, with the advantages of mobile robotics, such as much larger computational powers."
The team is developing algorithms that fuse real-time data from smart, unobtrusive, in-shoe sensors and advanced on-board sensors to inform the robot's navigation protocols and control the way the robot interacts with elderly individuals. It's a promising way to assist seniors in safely doing walking exercises and maintaining their quality of life.
Guo and Zanotto are working with Lytle, an expert in social and health psychology, to implement a social connectivity capability and make the bi-directional interaction between human and robot even more intuitive, engaging, and meaningful for seniors.
"Especially during COVID, it's important for elderly people living on their own to connect socially with family and friends," Zanotto said, "and the robot companion will also offer teleconferencing tools to provide that interaction in an intuitive and transparent way."
"We want to use the robot for social connectedness, perhaps integrating it with a conversation agent such as Alexa," Guo added. "The goal is to make it a companion robot that can sense, for example, that you are cooking, or you're in the living room, and help with things you would do there."
It's a powerful example of how abstract concepts can have meaningful real-life benefits.
"As engineers, we tend to work in the lab, trying to optimize our algorithms and devices and technologies," Zanotto noted, "but at the end of the day, what we do has limited value unless it has impact on real life. It's fascinating to see how the devices and technologies we're developing in the lab can be applied to make a difference for real people."
Maintaining balance in a global pandemic
Although COVID-19 has delayed the planned testing at a senior center in New York City, it has not stopped the team's progress.
"Although we can't test on elderly populations yet, our students are still testing in the lab," Guo said. "This summer and fall, for the first time, the students validated the system's real-time ability to monitor and assess the dynamic margin of stability during walking—in other words, to evaluate whether the person following the robot is walking normally or has a risk of falling. They're also designing parameters for the robot to give early warnings and feedback that help the human subjects correct posture and gait issues while walking."
Those warnings would be literally underfoot, as the in-shoe sensors would pulse like a vibrating cell phone to deliver immediate directional information to the subject.
"We're not the first to use this vibrotactile stimuli technology, but this application is new," Zanotto said.
Source and top image: Stevens Institute of Technology