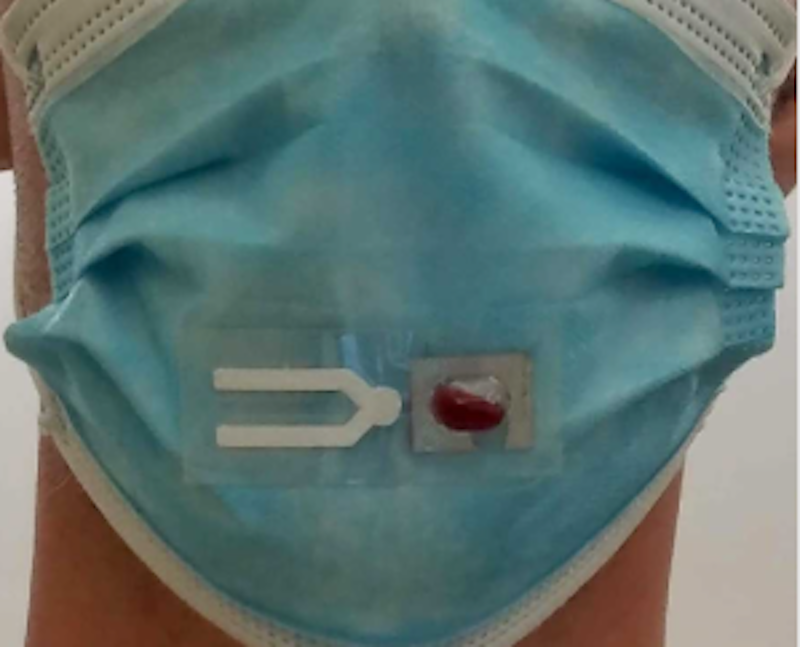 A new tool for monitoring COVID-19 may one day be right under your nose. Researchers at the University of California San Diego are developing a color-changing test strip that can be stuck on a mask and used to detect SARS-CoV-2 in a user's breath or saliva.
The project, which received $1.3 million from the National Institutes of Health, is aimed at providing simple, affordable and reliable surveillance for COVID-19 infections that can be done daily and easily implemented in resource-poor settings. It is part of the NIH's Rapid Acceleration of Diagnostics Radical (RADx-rad) program for COVID-19. For further information see the IDTechEx report on Wearable Sensors 2021-2031.
"In many ways, masks are the perfect 'wearable' sensor for our current world," said Jesse Jokerst, professor of nanoengineering at the UC San Diego Jacobs School of Engineering and lead principal investigator of the project. "We're taking what many people are already wearing and repurposing them, so we can quickly and easily identify new infections and protect vulnerable communities."
The team will create test strips, or stickers, that can be put on any mask (N95, surgical or cloth). They will be designed to detect the presence of protein-cleaving molecules, called proteases, that are produced from infection with the SARS-CoV-2 virus.
The idea is that as the user breathes through the mask, particles—including SARS-CoV-2 proteases if the user is infected—will accumulate in the test strip. At the end of the day or during a mask change, the user will conduct the test. The test strip is equipped with a blister pack that the user will squeeze, releasing nanoparticles that change color in the presence of the SARS-CoV-2 proteases. A control line on the test strip will show what a positive result should look like. It would be similar to checking the results of a home pregnancy test.
Jokerst notes that the strips are not meant to replace current COVID-19 testing protocols.
"Think of this as a surveillance approach, similar to having a smoke detector in your house," he said. "This would just sit in the background every day and if it gets triggered, then you know there's a problem and that's when you would look into it with more sophisticated testing,"
The test strips can be easily mass produced via roll-to-roll processing. This would keep costs down to a few cents per strip. "We want this to be affordable enough for daily testing," Jokerst said. This would allow facilities at high risk such as group homes, prisons, dialysis clinics and homeless shelters to monitor for new infections earlier and more frequently to reduce spread, he said.
Jokerst is teaming up with researchers at UC San Diego School of Medicine to test the strips first on COVID-19-positive saliva samples, then on patients and healthcare workers at Veterans Affairs San Diego Healthcare System. 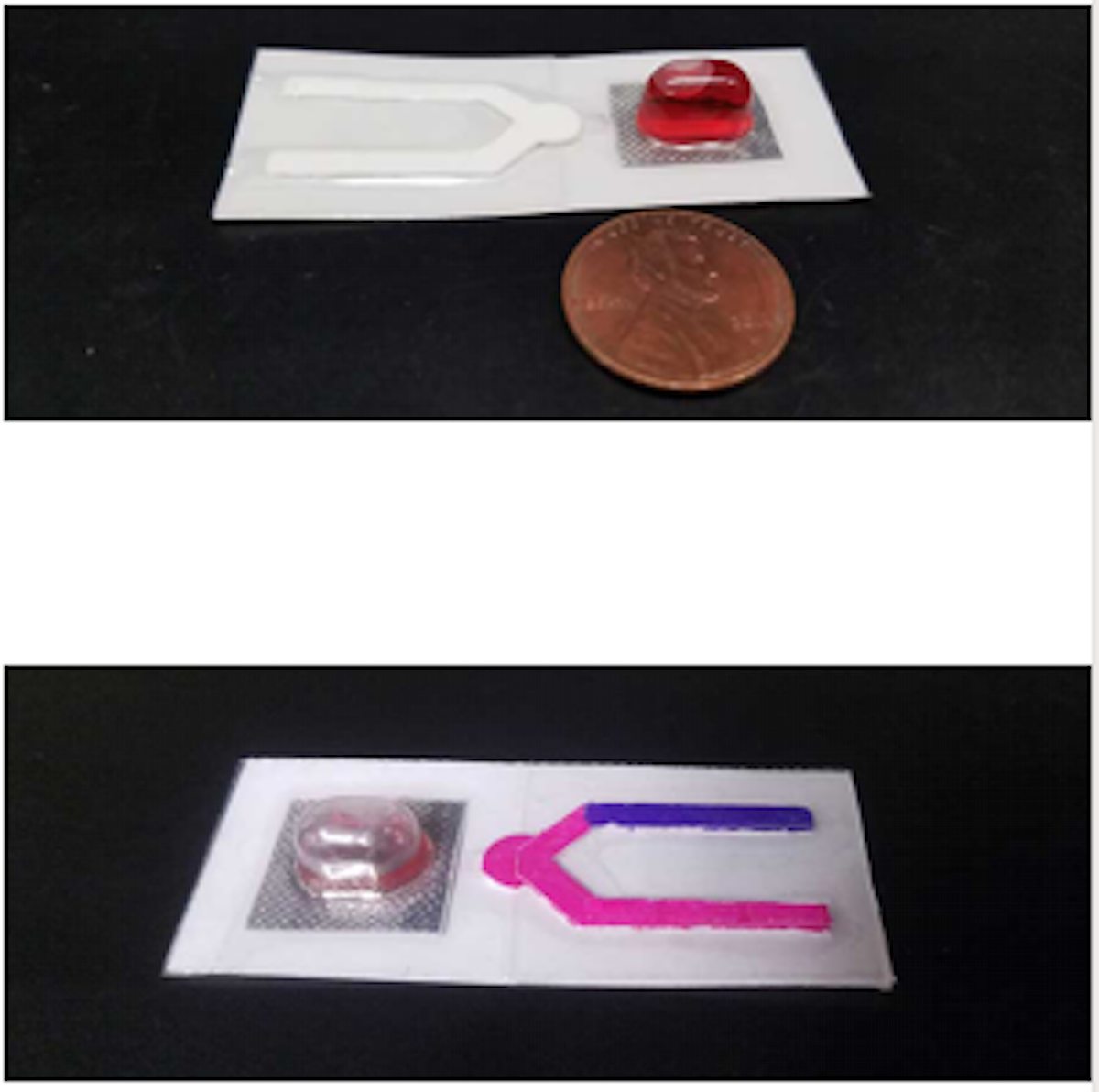