Microsoft Wins Contract to Supply US Army with Headsets 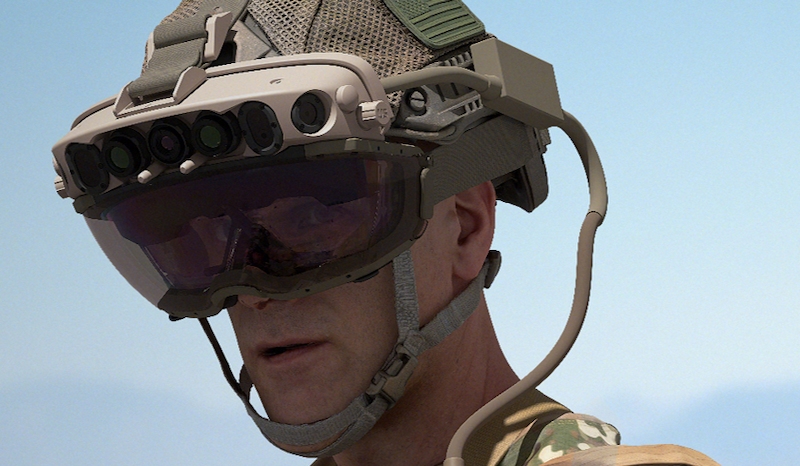 The United States Army announced that it will work with Microsoft on the production phase of the Integrated Visual Augmentation System (IVAS) program as it moves from rapid prototyping to production and rapid fielding.
The IVAS headset, based on HoloLens and augmented by Microsoft Azure cloud services, delivers a platform that will keep Soldiers safer and make them more effective. The program delivers enhanced situational awareness, enabling information sharing and decision-making in a variety of scenarios. Microsoft has worked closely with the US Army over the past two years, and together they have pioneered Soldier Centered Design to enable rapid prototyping for a product to provide Soldiers with the tools and capabilities necessary to achieve their mission. For further information see the IDTechEx report on Augmented, Mixed and Virtual Reality 2020-2030: Forecasts, Markets and Technologies.
The IVAS aggregates multiple technologies into an architecture that allows the Soldier to Fight, Rehearse, and Train using a single platform. The suite of capabilities leverages existing high-resolution night, thermal, and Soldier-borne sensors integrated into a unified Heads Up Display to provide the improved situational awareness, target engagement, and informed decision-making necessary to achieve overmatch against current and future adversaries. The system also leverages augmented reality and machine learning to enable a life-like mixed reality training environment so the Close Combat Force can rehearse before engaging any adversaries.
Source: Microsoft, US Army
Top image: Microsoft