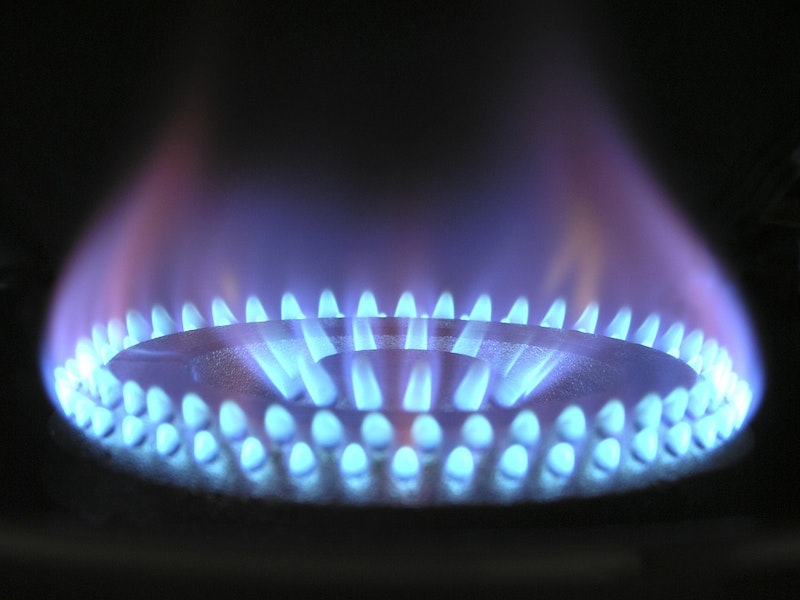 Gas accidents such as toxic gas leakage in factories, carbon monoxide leakage of boilers, or toxic gas suffocation during manhole cleaning continue to claim lives and cause injuries. Developing a sensor that can quickly detect toxic gases or biochemicals is still an important issue in public health, environmental monitoring, and military sectors. Recently, a research team at POSTECH has developed an inexpensive, ultra-compact wearable hologram sensor that immediately notifies the user of volatile gas detection.
A joint research team led by Professor Junsuk Rho of departments of mechanical and chemical engineering and Dr. Inki Kim of Department of Mechanical Engineering with Professor Young-Ki Kim and Ph.D. candidate Won-Sik Kim of Department of Chemical Engineering at POSTECH has integrated metasurface with gas-reactive liquid crystal optical modulator to develop a sensor that provides an immediate visual holographic alarm when harmful gases are detected. The findings from this study were published in Science Advances. For further information see the IDTechEx report on Wearable Sensors 2021-2031.
For those working in hazardous environments such as petrochemical plants, gas sensors are life. However, conventional gas sensing devices are not widely used due to their high cost of being made with complex machines and electronic devices. In addition, commercial gas sensors have limitations in that they are difficult to use, and have poor portability and reaction speed.
To solve these issues, the research team utilized the metasurface, well known as a future optical device known to have the invisible cloak effect through making visible objects disappear by controlling the refractive index of light. Metasurface is especially used to transmit two-way holograms or 3D video images by freely controlling light.
Using the metasurface, the research team developed a gas sensor that can float a holographic image alarm in space in just a few seconds by using the polarization control of transmitted light that transforms due to the change in orientation of liquid crystal molecules in the liquid crystal layer inside the sensor device when exposed to gas. Moreover, this gas sensor developed by the research team requires no support from external mechanical or electronic devices, unlike other conventional commercial gas sensors. The researchers used isopropyl alcohol as the target hazardous gas, known as a toxic substance that can cause stomach pain, headache, dizziness, and even leukemia.
The newly developed sensor was confirmed to detect even the minute amount of gas of about 200ppm. In an actual experiment using a board marker, a volatile gas source in our daily life, a visual holographic alarm popped up instantaneously the moment the marker was brought to the sensor.
Moreover, the research team developed a one-step nanocomposite printing method to produce this flexible and wearable gas sensor. The metasurface structure, which was previously processed on a hard substrate, was designed to enable rapid production with a single-step nanocasting process on a curved or flexible substrate.
When the flexible sensor fabricated using this method attaches like a sticker on safety glasses, it can detect gas and display a hologram alarm. It is anticipated to be integrable with glass-type AR display systems under development at Apple, Samsung, Google, and Facebook.
Going a step further, the research team is developing a high-performance environmental sensor that can display the type and concentration level of gases or biochemicals in the surroundings with a holographic alarm, and is studying optical design techniques that can encode various holographic images. If these studies are successful, they can be used to reduce accidents caused by biochemical or gas leaks.
"This newly developed ultra-compact wearable gas sensor provides a more intuitive holographic visual alarm than the conventional auditory or simple light alarms," remarked Prof. Junsuk Rho. "It is anticipated to be especially effective in more extreme work environments where acoustic and visual noise are intense." 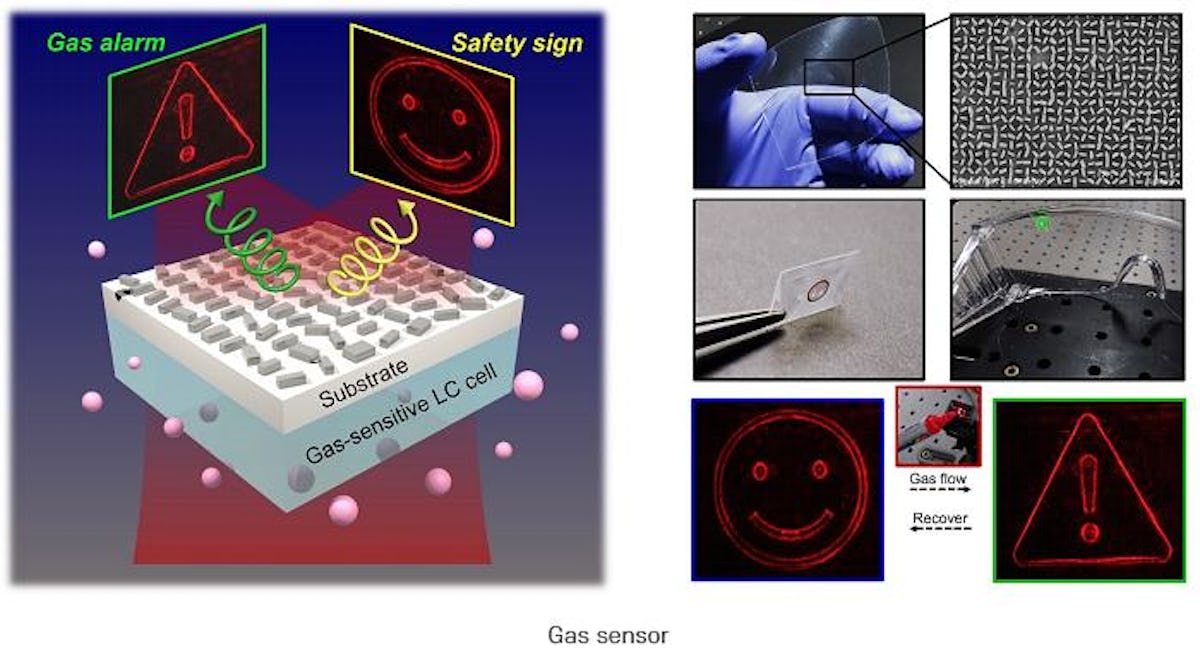