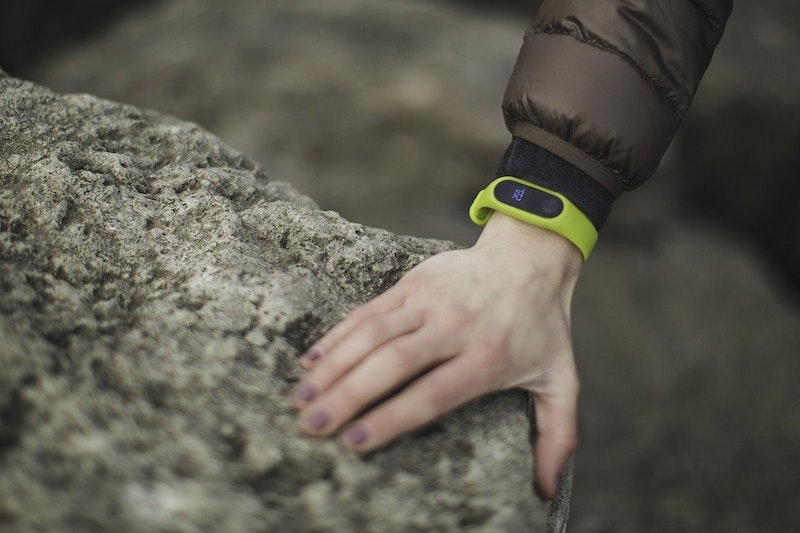 Wearable fitness technologies, like smart watches and fitness trackers, are becoming increasingly common. These devices can allow people to track fitness metrics like physical activity, heart rate, calories burned, and even sleep quality. However, given how new these inventions are and how rapidly they are changing, it has been difficult to establish global standards for evaluating their reliability and accuracy.
A group of researchers from around the world, including assistant research professor of exercise science Rob Huggins in the College of Agriculture, Health and Natural Resources, recently participated in a panel that included industry stakeholders to discuss these challenges. The group, led by Yale School of Medicine associate research scientist Garrett Ash '15 Ph.D., published the takeaways from this meeting in Sports Medicine. For further information see the IDTechEx report on Wearable Technology Forecasts 2021-2031.
In 2019 the group began a panel series at a meeting of the New England Chapter of the American College of Sports Medicine. After this meeting, the panelists published a paper outlining some of the major issues with determining how to evaluate the quality of wearable fitness devices.
"A big limitation of that is there were no industry players involved in the panel," Ash says. "So we just didn't know if there was buy-in for the ideas we had discussed. Does this actually work for them?"
To address this limitation, the group hosted another panel at the Yale Center for Biomedical Data Science Digital Health Monthly Seminar Series and included stakeholders from companies that make wearable devices, such as Google Health and Xsensio. Industry stakeholders expressed their desire to work with researchers on this effort. Developing higher-performance devices will likely give them a better return on their investment in product quality through partnerships with researchers and academics.
The group generally agreed to adopt a previously defined standard device testing pathway. This pathway begins with benchtop testing to determine the reliability of the device output and calibrate it. Next in lab-based testing, subjects wear the device without changing between activities or positions. Once they pass this phase, the devices are used in trials where people wear them while going through their normal daily activities. Finally, the devices are implemented in a "real world" setting to test things like durability and practicality for long-term use.
Huggins, who is also president of athlete performance and safety at the Korey Stringer Institute, was a member of the panel due to his experience with fitness technology in an applied research setting. Huggins often uses wearable devices in his studies on athletes and has published work on the reliability and validity of commercially available devices that use GPS or accelerometry, which measures human movement.
"My hope is that our work helps to promote discussion surrounding the standards of consumer wearables so that they include the key processes of benchtop, laboratory, and field-based testing. This will improve quality assurance as well as aid in data standardization of metrics across the various devices," Huggins says. "Most importantly, in my field of athlete monitoring and testing, it is my hope that the future endeavors of consumer wearable manufacturers prioritize field-based testing as they move toward later stages of product launch and implementation."
Stakeholders involved in the process expressed a desire to avoid adding prescriptive steps or regulations. Given the industry-academia partnership, the group was able to respond to these concerns and develop approaches that meet the needs of all involved. The result: the creation of a nascent networking hub.
"That led us to this conclusion that it's not so much about having individual labs designated by some global standard to validate. It's about creating a space for collaboration between researchers, industry, and end users" Ash says. "There are so many researchers, there are so many companies, and there are so many consumers. But if the right ones can connect to each other, that's a way we can make forward progress as opposed to staying in our individual silos."
This network is now becoming a reality through the Sports Tech Research Network. The network will hold webinars, matchmaking events, and collaborate with special interest groups such as those who work with veterans, people with disabilities, or older individuals with less experience using technology. Bringing in people representing these kinds of special interests will help ensure wearable technology is more equitable and accessible.
Huggins will be part of the newly established network and will continue conducting research to evaluate devices for sport and exercise.
"I hope to contribute to future discussions on uniform testing and reporting of these devices while continuing to work with manufacturers in the wearable product developmental process as they come to market," Huggins says.
Ash says he is also interested in having the network develop a database that can help researchers search and determine which device will be the most appropriate for their specific study. Establishing this network will help make wearable devices more reliable for both research and consumers, helping establish trust in the product.
"We want to help the industry here," Ash says. "We want them to know what are the needs of researchers and what are the needs of consumers so that they can improve their products to meet those goals."
Source: University of Connecticut
Top image: Pixabay