Facial Recognition Tech Taken to the Next Level in Virtual Reality 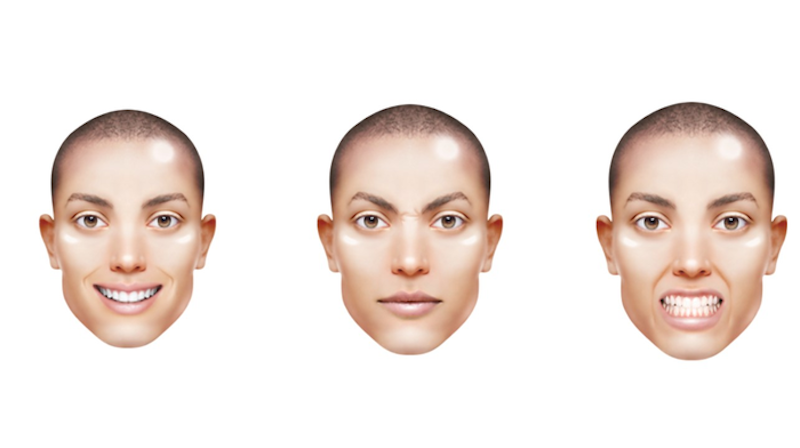 Our face can unlock a smartphone, provide access to a secure building and speed up passport control at airports, verifying our identity for numerous purposes. An international team of researchers from Australia, New Zealand and India has taken facial recognition technology to the next level, using a person's expression to manipulate objects in a virtual reality setting without the use of a handheld controller or touchpad.
In a world first study led by the University of Queensland, human computer interaction experts used neural processing techniques to capture a person's smile, frown and clenched jaw and used each expression to trigger specific actions in virtual reality environments. One of the researchers involved in the experiment, University of South Australia's Professor Mark Billinghurst, says the system has been designed to recognise different facial expressions via an EEG headset. For further information see the IDTechEx report on Optics and Displays in AR, VR, and MR 2020-2030: Technologies, Players and Markets.
"A smile was used to trigger the 'move' command; a frown for the 'stop' command and a clench for the 'action' command, in place of a handheld controller performing these actions," says Prof Billinghurst. "Essentially we are capturing common facial expressions such as anger, happiness and surprise and implementing them in a virtual reality environment."
The researchers designed three virtual environments - happy, neutral and scary - and measured each person's cognitive and physiological state while they were immersed in each scenario. By reproducing three universal facial expressions - a smile, frown and a clench - they explored whether changes in the environment triggered one of the three expressions, based on emotional and physiological responses.
For example, in the happy environment, users were tasked with moving through a park to catch butterflies with a net. The user moved when they smiled and stopped when they frowned. In the neutral environment, participants were tasked with navigating a workshop to pick up items strewn throughout. The clenched jaw triggered an action - in this case picking up each object - while the start and stop movement commands were initiated with a smile and frown. The same facial expressions were employed in the scary environment, where participants navigated an underground base to shoot zombies.
"Overall, we expected the handheld controllers to perform better as they are a more intuitive method than facial expressions, however people reported feeling more immersed in the VR experiences controlled by facial expressions."
Prof Billinghurst says relying on facial expressions in a VR setting is hard work for the brain but gives users a more realistic experience. "Hopefully with some more research we can make it more user friendly," he says.
In addition to providing a novel way to use VR, the technique will also allow people with disabilities - including amputees and those with motor neurone disease - to interact hands free in VR, no longer needing to use controllers designed for fully abled people.
Researchers say the technology may also be used to complement handheld controllers where facial expressions are a more natural form of interaction.
Source and top image: University of South Australia