2022 and beyond: Teslasuit and a New Dimension for the Youniverse 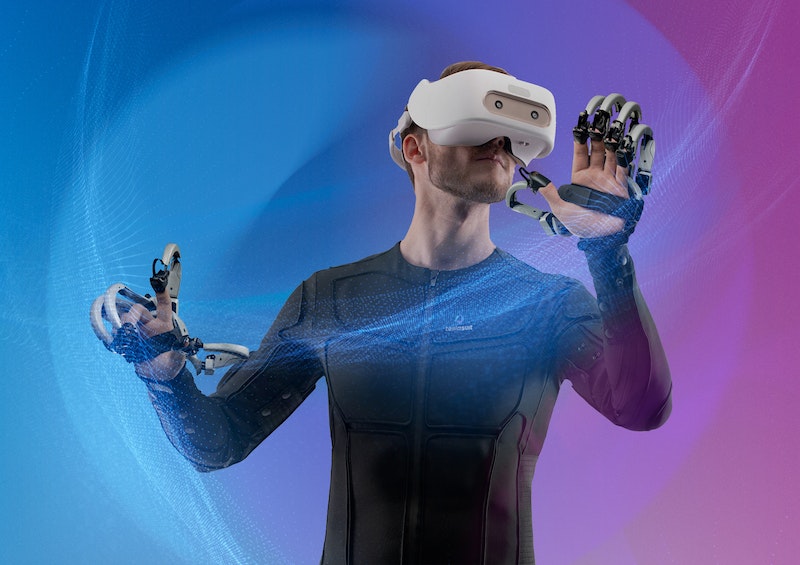 A leader in human-to-digital interface technology, Teslasuit looks forward to new and innovative game-changing hardware and software developments, while establishing exciting new use cases to drive humankind towards a better future.
Since 2016, when Teslasuit first launched its eponymous bodysuit designed to merge the virtual with the physical using groundbreaking haptic feedback technology, the company has been creating innovative hardware and software products able to improve people's lives, and raise their possibilities to a new level across multiple industries. From medical rehabilitation to sports performance and gaming via defence and industrial training, the ways in which the Teslasuit can be deployed are only just beginning to evolve.
In a world in which human movement can be digitalised, commodified, and examined like never before, Teslasuit is very excited to be launching its haptic glove later this year, which combines haptic feedback, force feedback, finger tracking and a biometric system to give the user an unparalleled and literal grasp of the human-to-digital interface. For further information see the IDTechEx report on Haptics 2021-2031: Technologies, Market & Players.
In anticipation of this event, Teslasuit have launched a new website together with a rebranding package designed to mark a new dimension in the brand's scientific and technological development. The new Teslasuit logo, based on an electric impulse, is formed of three mutual and dynamic parts, representing the technology's three key applications: professional training, research and rehabilitation, and development.
Teslasuit products will create a new dimension of human movement and sensory experience where the digital environment directly interacts with the material world.
Source and top image: Bambam Agency