In 2016, Li-ion batteries (LIB) celebrated their silver jubilee, i.e. they have been on the market, virtually unchanged, for the last 25 years. While this anniversary marks and underscores their worldwide success and diffusion in consumer electronics and, more recently, electric vehicles (EV), the underlying technology begins to show its limitations in terms of safety, performance, form factor, and cost.
In the newly released report by IDTechEx Research, titled Solid-State and Polymer Batteries 2017-2027: Technology, Markets, Forecastswe cover the solid-state electrolyte industry by giving a 10-year forecast through 2027 in terms of numbers of devices sold, capacity production and market size, predicted to reach over $7B by 2027. 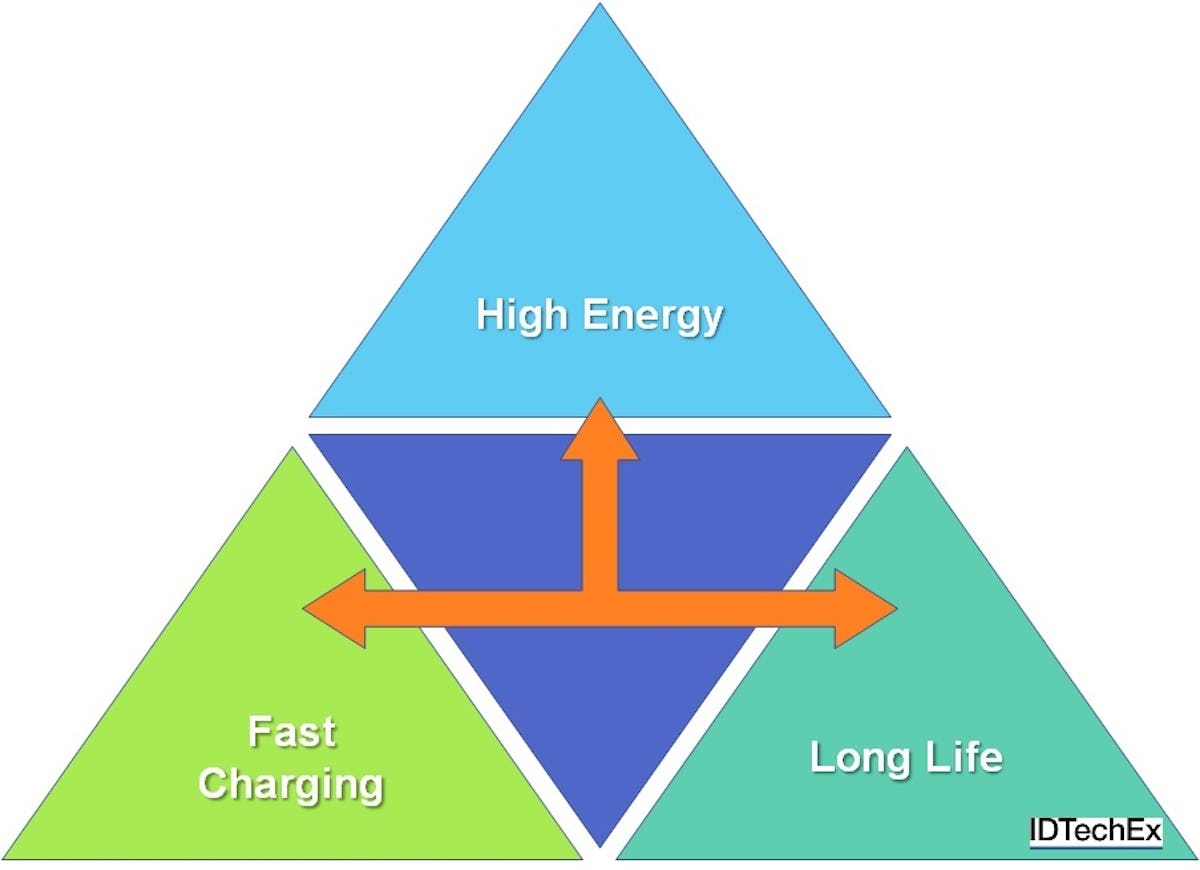 Image source: Solid-State and Polymer Batteries 2017-2027: Technology, Markets, Forecasts (www.IDTechEx.com/ssb)
The first lithium-based solid-state battery was the lithium-iodine battery, where a sheet of lithium metal is placed in contact with solid iodine. These primary batteries were commercialized in the early 70's to power pacemaker devices, but it wasn't until a few years ago that sulphide-based materials, belonging to the thio-LISICON family, finally demonstrated that solid-state batteries can be made rechargeable and possibly outperform their liquid counterparts.
Recently ARPA-E programme director Paul Albertus announced the US-backed "Ionics" initiative, a three-legged roadmap to support R&D on solid-state batteries. With a total investment of $37M, Ionics is poised to become the foundry of US-labelled next generation batteries, because solid-state batteries can enable smaller, safer, and better energy storage devices. This can be achieved by leveraging on the remarkable properties of the solid materials that have been developed over the last years, like garnets, thio-LISICONs, and perovskites.
Companies like Ford Motor, Toyota, Samsung, and Toshiba are already actively working on solid electrolytes, while many hail the technological achievements of French company Bolloré as an initial step on rechargeable lithium metal polymer batteries. At the same time, consumers demand better, long-lasting batteries that will not catch fire in their hands like the Samsung Galaxy Note 7, and solid-state electrolytes have the potential to solve those issues.
These and other factors, including the surge in popularity of electric cars, wearable devices and drones, are pushing the battery industry towards solid-state electrolytes. Solid-state batteries can be made thinner, flexible, and contain more energy per unit weight than conventional Li-ion.
The IDTechEx Research report covers both inorganic solid electrolytes and polymer electrolytes, with an analysis of where these two chemistries will most likely find applications. An analysis on thio-LISICONs and the other 7 solid electrolyte chemistries (garnet, halides, perovskites, argyrodites, LiPON, hydrides, NASICON-like) and polymer electrolytes is given. Additionally, comparisons are made between liquid-based Li-ion batteries and solid-based batteries, as well as between thin film and bulk solid-state batteries.
For more see www.IDTechEx.com/ssb.