Will Augmented Reality Become the Next Leader for Sports Metrics? 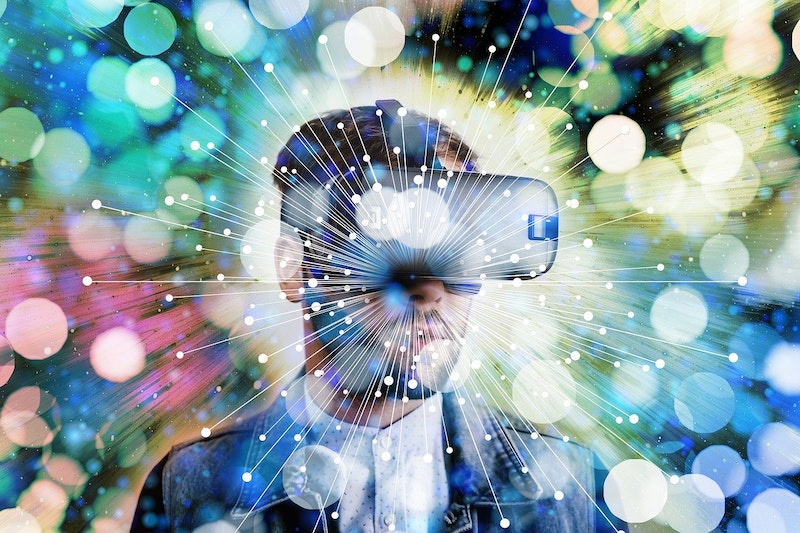 With more people taking up new activities every day, there is an increase in the data available for analysis. Smart watches have led the game in this area, tracking and recording a myriad of users data to provide useful goals and achievements for them to track on their fitness journey. There are also spatial reality devices which can provide a similar level of tracking and detail.
It is well known that augmented reality devices have many different use case applications in industry and non-consumer applications, such as remote assistance, training, and guidance for using machines. There are, however, a few products that aim to target a consumer market with AR glasses. The AR/VR/MR industry is predicted to be over $30Bn by 2030, and part of this will come from an uptake of devices for use in everyday life. For a complete overview of this industry, please refer to the IDTechEx report, "Augmented, Mixed and Virtual Reality 2020-2030".
At the CES event 2020, Vuzix was awarded two CES innovation awards for their smart glasses for water sports, the "Smart Swim". This product can be fitted to existing swimming goggles and contains: android processing, colour display, Wi-Fi and Bluetooth, GPS and compass and USB connection to name a few. This product is designed to display workout status, including distance, elapsed time and allows the user to download and preview workouts before recording them in the pool or in open water. It is expected to start shipping the first Q of 2020, with a starting price of $499. 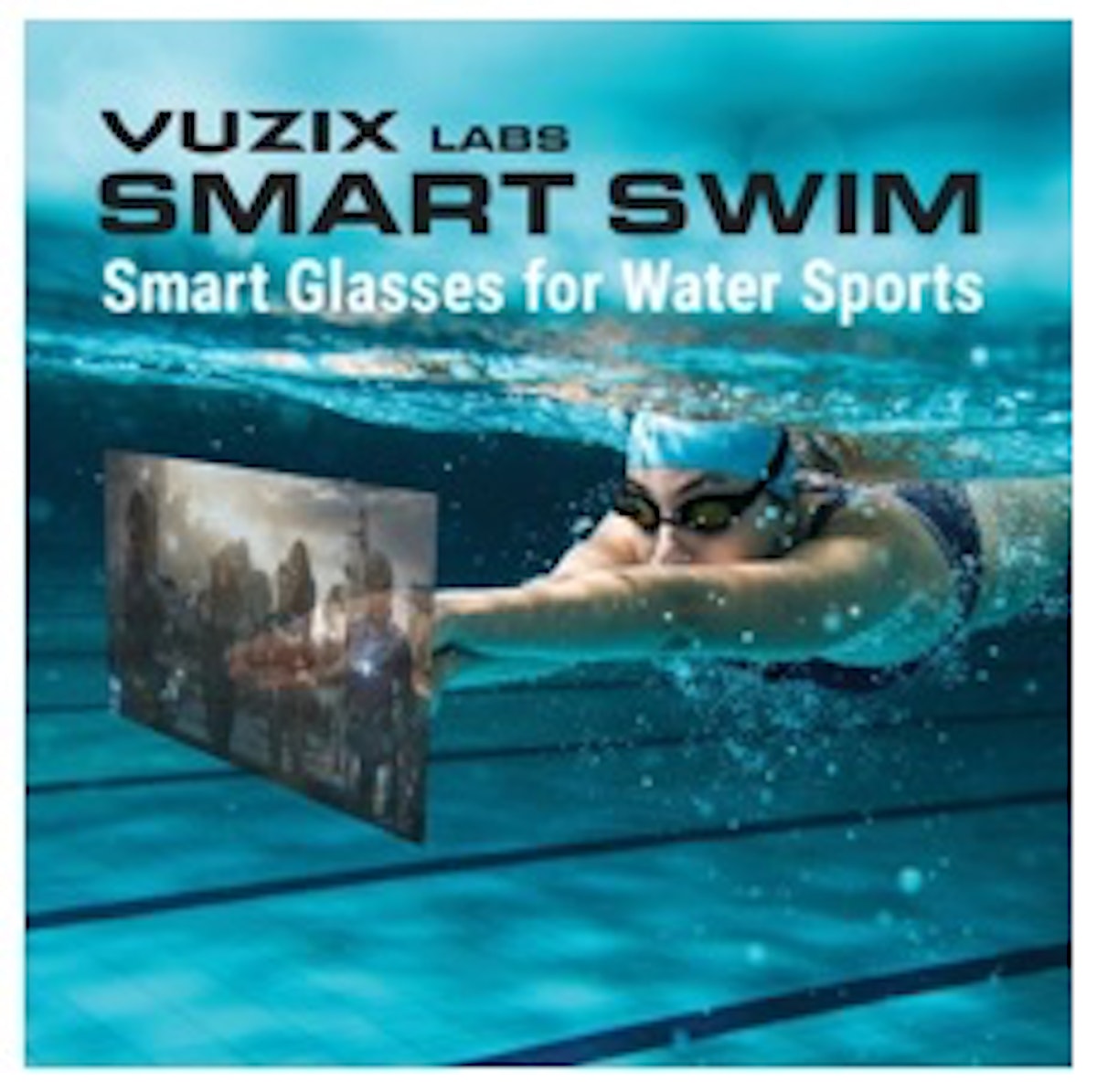 Vuzix is not the only company to produce swimming AR googles. One example is SwimAR who is a company that produces a heads up display which also attaches to a regular pair of goggles. The product on the website is still in the developmental stage, but with an RRP of £1200 when it is available, would an average consumer who swims be willing to buy such a product? Another example is Form Swim goggles, whos' display is built into the goggles themselves.
These AR glasses have a specific application, swimming, and this begs the question - is a consumer is willing to pay for a set of goggles? Especially when they can already get similar metrics from a waterproof smart watch or similar tracking products. Swimming is not the only sport where AR products are appearing. For example, cycling has several AR or AR-like products available. For example, Garmin released the Varia Vision in 2016 for $400. At under 30g, it is a device that clips onto the user's glasses and "puts your ride information right in our line of sight". This is part of the Varia Range from Garmin, and the Vision can connect to other devices such as the rear-view radar to notify of vehicles approaching from behind. This means the cyclist does not have to look at a watch for metrics, allowing them to keep their eyes on the road, and could increase the safety of the cyclist on the road.
Finally, there are sports which need a hands-free application due to safety, for example, cycling. One of the AR-like products released for cycling is the Oakley Radar Pace, which was released in 2016. Retailed at £400 on at its release (around $520), and currently, at $449, the Radar pace provides the user information via headphones rather than a display. This is to not obscure the user's view, however, with headphones, this meant that some users had such diminished hearing that overtaking cars were not initially heard. The device measures your speed and provides adjustments via its app for training zones to improve the user's cycling ability. It can tell the user power output for example, but with cycling power output devices already available, it is unlikely that an experienced cyclist would wish to use the Radar pace for such a metric because they already own equipment that provides this information. It could be more useful for a beginner cyclist, but at almost twice the price of a generic "starter road bike", it is unlikely a beginner cyclist would wish to commit to such an expensive product.

Overall, specialist glasses like these, could be beneficial for the use cases they are designed for, but it is difficult to see how they would gain traction in such a niche market. Undertaking sport to such a level where such products would be useful is an expensive undertaking, so the benefit of such an interesting new technology may be offset by the lack of desire for users to spend more money on niche equipment. Although AR for consumer applications would likely beneficial for many aspects of day-to-day life, until the different use cases begin to overlap, these types of niche products will remain a tech gadget which the few will own. However, once multiple use cases for augmented reality are available for the everyday consumer, they will become an aspect of every-day life, like a smart-watch for its sports metrics.
For more information on IDTechEx's research into this area, please see the report "Augmented, Mixed and Virtual Reality 2020-2030".