AR/VR/MR: The Critical Technology of the Next Decade 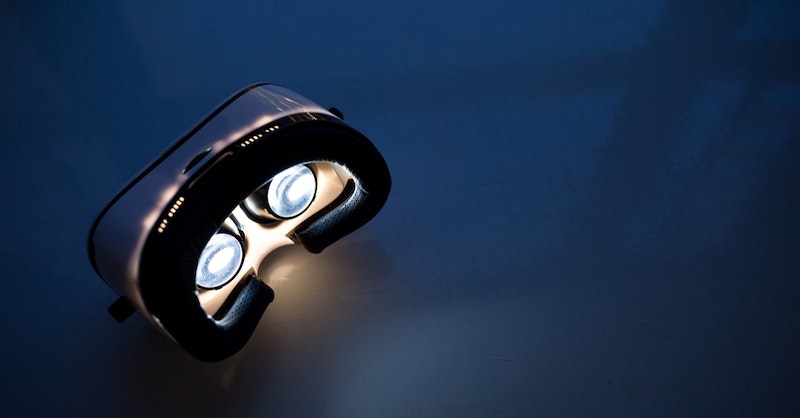 By 2030, IDTechEx predicts the augmented, virtual, and mixed reality market to be over $30Bn. With COVID-19 limiting physical interaction, virtual communication and interaction will be the norm for many years to come. Although seen as futuristic by some, augmented, virtual, and mixed reality devices have shown they have an important part to play in many different industries. They are truly the technology of the future, today.
Through deep analysis of both key players and technologies, IDTechEx's most recent report on Augmented and Virtual Reality can provide you with the trends this market will face in the coming decade. This article distills the key aspects of the report - for the full in-depth analysis, please see "Augmented, Mixed and Virtual Reality 2020-2030: Forecasts, Markets and Technologies".
Over the past two decades, there have been big strides in the technological development of XR products. In the early '90s, a number of headsets were released that allowed the user to view a video on a headset from an external device. Then in the next decade, devices such as the Google Glass Explorer were released. These captured the imagination of many people, and it was one of the first "augmented reality" products available to consumers. Although this did not take off, it paved the way for other products to be developed. Later in the decade, more VR and AR products were released; for example, in 2019, Magic Leap released its first product after years of funding. Oculus also released a VR headset that does not need to be connected to a computer - the Quest - proving that VR does not need to be tethered to a computer. IDTechEx has created a market research report which combines deep industry knowledge and insights to provide you with the information to understand this complex market.
In IDTechEx's portfolio of market research reports, there are two which focus on augmented, virtual, and mixed reality products. These are "Optics and Displays in AR, VR, and MR 2020-2030: Technologies, Players and Markets" and its parent market research report "Augmented, Mixed and Virtual Reality 2020-2030: Forecasts, Markets and Technologies". Together, these reports provide an overview of the whole market, as well as the key technologies to their wider adoption (optics and display technologies).
The report "Augmented, Mixed and Virtual Reality 2020-2030: Forecasts, Markets and Technologies" covers one of the key markets of the future: the AR/VR/MR market. VR, MR, and AR products are used in many different settings, for example, for day-to-day workflow management, and on production lines. This market, which IDTechEx forecasts predict to be over $30Bn by 2030, will impact many different industries, and future innovations will continue its growth in the wearables market. The report reviews and analyses over 100 products and details of over 80 companies to create succinct and detailed conclusions about the future of this market. This market research report includes market forecasts, player profiles, investments, and comprehensive company lists are all provided. This report is an essential read for those looking for a deep understanding of the AR/VR/MR markets.
The report "Optics and Displays in AR, VR, and MR 2020-2030: Technologies, Players and Markets" offers a concise overview of the markets of optics and displays in both the AR/MR and VR technologies. It includes the forecasts for both the optical and display markets in AR/MR and VR markets. The current state of these markets is discussed and analyzed with long-range forecasts from 2020-2030 for revenue and volume by technology in AR/MR Optics, VR Optics, AR/MR micro-displays, VR micro-displays.
For more information on both these market research reports, please email research@IDTechEx.com or visit www.IDTechEx.com/Research/WT.
IDTechEx guides your strategic business decisions through its Research, Subscription and Consultancy products, helping you profit from emerging technologies. For more information, contact research@IDTechEx.com or visit www.IDTechEx.com.