At IDTechEx Show! a company is honoured the Best Innovative Sensor Technology award each year for its development and achievement in the sensor innovation and commercialization area.
As an important component, sensors and their enabling technologies are being developed rapidly. From materials, to components, from manufacturing to integration, from R&D to commercialization, the various disruptive technologies and their applicants indicate the continued improvement in the innovation from different aspects. The judges therefore expressed the challenge in picking up just one winner amongst the many impressive achievements from the entrants. 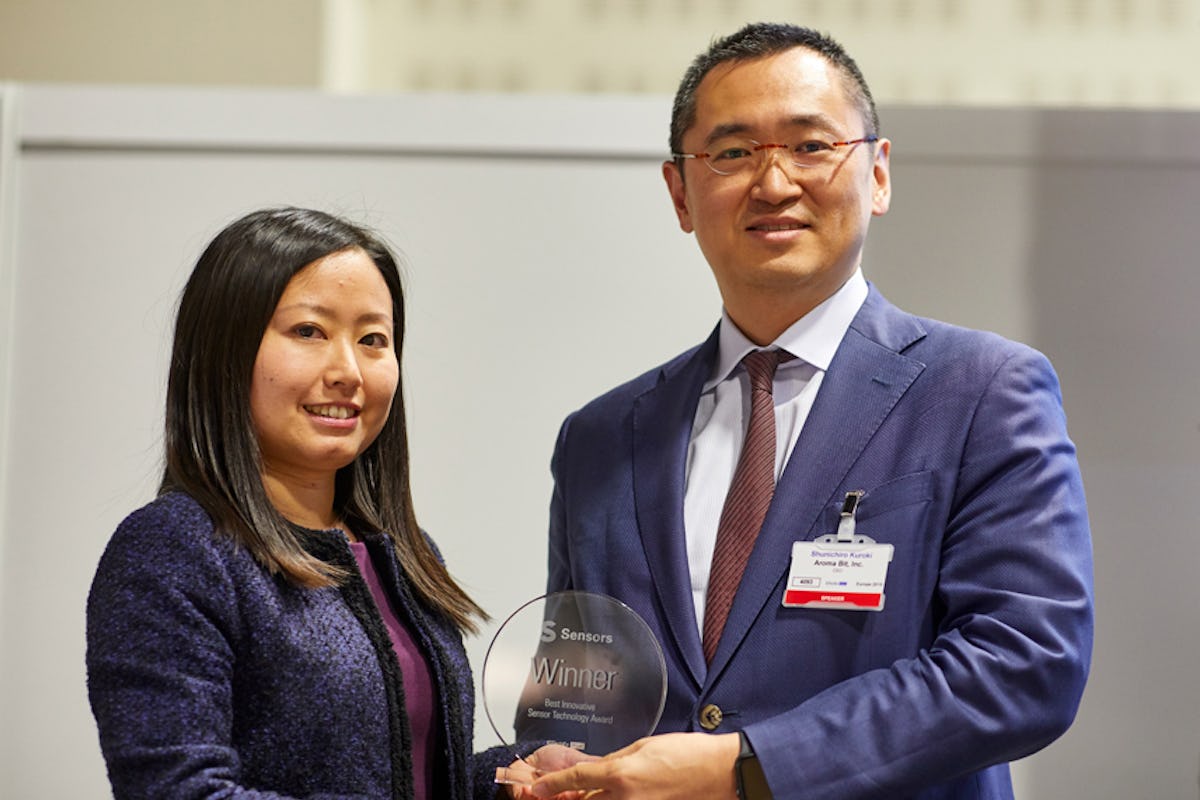 Human sensations are continuously being mimicked by sensors. Among different sensations, sense of touch, vision and hearing are mostly well developed, while sense of smell usually shows as a challenge. Sensors that digitally capture scent, recognizing every smell as a unique pattern by adsorption films proposed an interesting commercial approach to mimic the human olfactory receptors, enabling the machine to measure and quantify various smell.